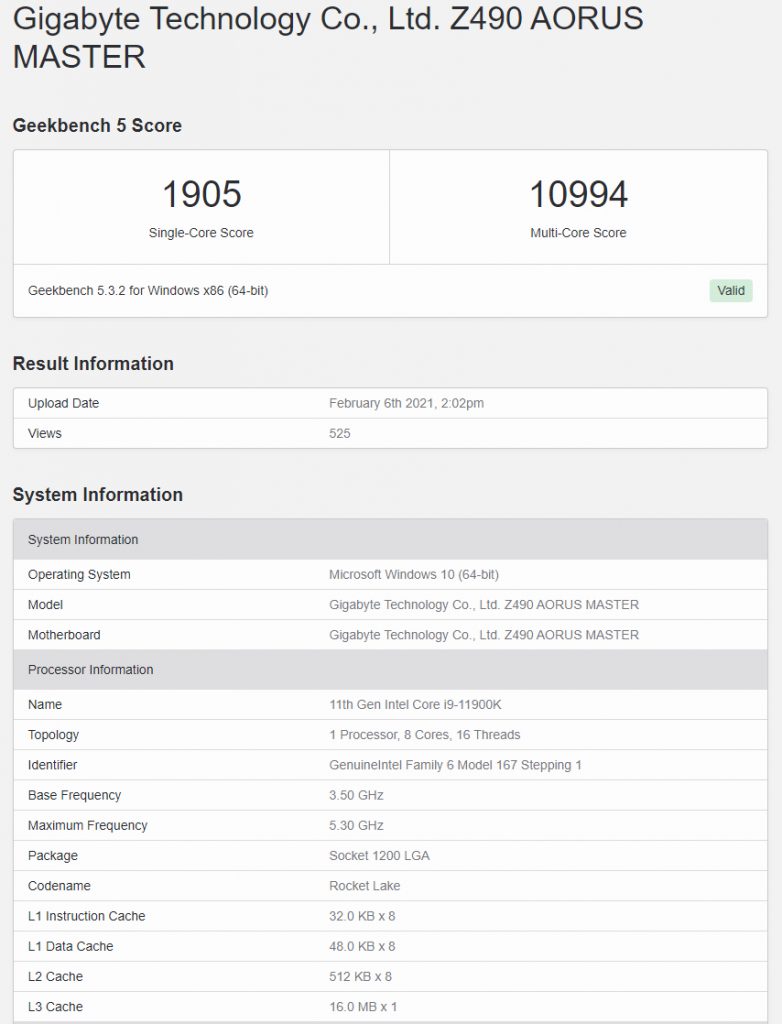 The Core i9 processor in these tests was running on a Gigabyte Z490 Aorus Master and 32GB of DDR4-3600 memory. It's unclear if the processor was overclocked or not, but during both runs, it was often running at +5.2GHz, with a few operating frequency drops.

At the moment, Intel is expected to launch its 11th Gen Core series processors in March 2021.

KitGuru says: Are you impressed with these scores? How do you think the Intel core i9-11900K will fare in real-world applications?