Watch via our VIMEO Channel (Below) or over on YOUTUBE

Our chosen chassis was the Phanteks Enthoo Pro with both case fans disconnected. This means the only active fan was the CPU cooler as we can pretty much discount the Sapphire graphics card. At idle the Sapphire draws a trivial amount of power and is cool to the touch.

Our chosen CPU coolers were a stock Intel cooler, £30 Arctic Cooling Freezer i30 and a £49 Noctua NH-U12S. The two tower coolers are similar in layout and each use a 120mm fan and heatpipes, however they differ in detail and in particular in terms of the mounting method. We detail this in the video above.

We loaded the Cpu to 100 percent with Prime 95 which is a severe test for any cooling system and pushes the hardware to the absolute limit.

As you'll see in the video the two tower cooler outperform the Intel cooler by a significant margin. 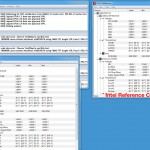 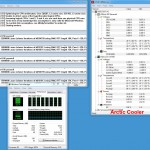 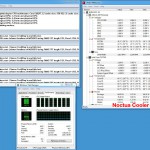 Kitguru says: You will have to watch the video to find our views on the application of thermal compound so be sure to post your comments to let us know what you think.

Previous Problems driving your tractor? Saitek is here to help
Next Alamo Drafthouse Cinema replaces The Interview with Team America