Yesterday, AMD announced the full line-up for its 2nd generation of Ryzen Threadripper processors. We’re getting two different series this time around, distinguished by ‘X’ and ‘WX’ branding. Those of you interested in the 32-core flagship TR 2990WX will be pleased to know that retailers have already begun listing them, with plans to ship on the 13th of August.

Leo spoke a little bit about the Threadripper 2nd Gen launch on yesterday’s episode of Leo Says, which you can check out HERE. The basic details are that there are four processors on the way, with the TR 2990WX being the flagship 32C/64T flagship running at 3.0/4.2GHz base/boost clock speeds. The 24C/48T TR 2970WX is next in line, running at the same clock speeds out of the box. 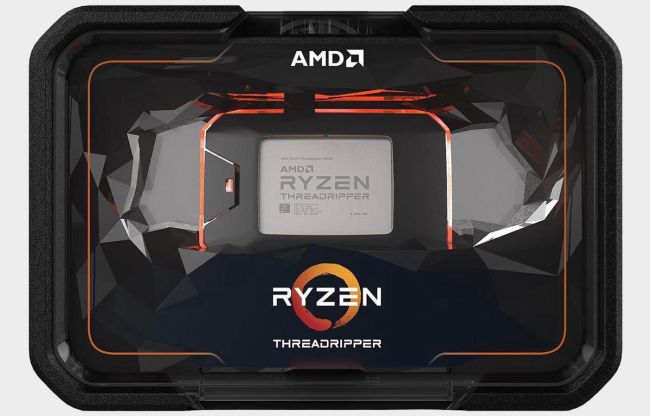 In a Cinebench R15 test, AMD reports higher results than Intel’s Core i9-7980EX processor for the flagship TR 2990WX. This will be the first 2nd Gen Threadripper chip to ship and is already up for pre-order on Overclockers UK for £1,639.99.

Those after something a bit cheaper will have to wait. The TR 2950X has an MSRP of $899 and is expected to start shipping on the 31st of August. Meanwhile the TR 2970WX and TR 2920X processors are expected in October and carry an MSRP of $1299 and $649 respectively.

KitGuru Says: Threadripper 2nd Gen is looking good on paper. Are any of you thinking of picking one up?