Today, Intel is announcing its 10th generation desktop processors, starting with cheap dual-core Celeron processors and ranging all the way up to the Core i9-10900K with 10-cores and 20-threads.

The Core i9-10900K is going to take over from its predecessor, the 9900K, as ‘the world's fastest gaming processor'. Under the right conditions, this CPU can reach a boost speed of up to 5.3GHz, while also offering plenty of cores and threads for software to take advantage of. Intel's presentation on 10th Gen also boasts real-world performance gains compared to previous generation processors and versus three-year old gaming PCs.

According to Intel, users can expect up to 18 percent faster 4K video editing versus 9th Gen CPUs, as well as higher frame rates across a range of games, including PUBG, Monster Hunter World Iceborne and Mount & Blade Bannerlord II. 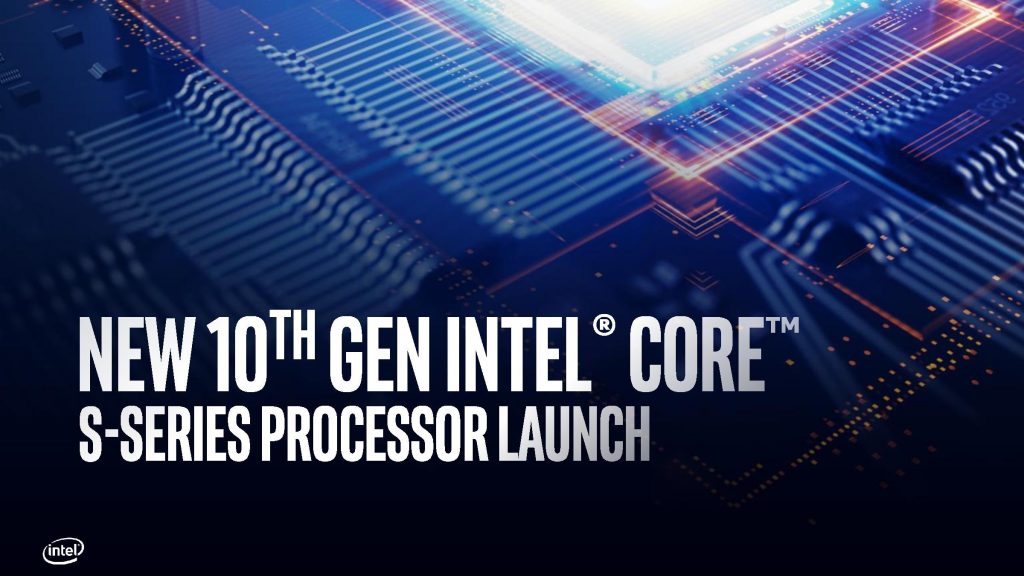 In the table below, you will find the initial specs and suggested pricing for each 10th Gen Core i9, Core i7, Core i5 and Core i3 CPU.

Intel's 10th Generation of desktop processors feature up to 40 platform PCIe 3.0 lanes. The new Z400-series chipset is also arriving, which we already have a preview of, HERE.

KitGuru Says: Intel's 10th Generation CPUs will be heading our way in just a few weeks time. Are any of you planning on upgrading this year?