Video Electronics Standards Association – or VESA for short – has announced the specifications of DisplayPort Alt Mode 2.0, that enables all the latest capabilities of DisplayPort through a USB Type-C connector, including “beyond-8K resolution and higher refresh rates, along with USB data delivery”. 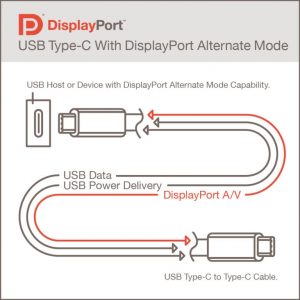 VESA anticipates that products with DisplayPort Alt Mode 2.0 will appear on the market during 2021.

KitGuru says: It will be nice to have “one cable to rule them all”. Hopefully the amount of cables needed in day-to-day life will continue to be reduced.