While many of us have been expecting AMD's new Zen architecture CPUs to launch during the second half of this year, with some rumours pointing towards an October launch, a new report this week citing industry sources claims that due to “serious inventory issues” we may not see Zen until CES in January 2017, alongside a new Intel launch.

The initial report comes from DigiTimes, which claims that Intel's Kaby Lake and AMD's Zen launches have been pushed back to early 2017. On the Intel side, the delay is apparently due to related brand vendors still having too much Haswell and Skylake stock to clear. 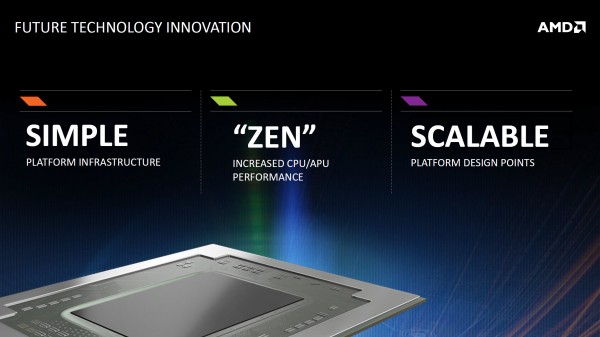 On the AMD side, the report says that Zen is produced by Globalfoundries on the 14nm process but goes on to say that a delay is expected to be announced.

DigiTimes can be a bit hit and miss with its information and while a few more details were provided for the supposed Kaby Lake delay, barely any information was shared on the Zen delay beyond saying ‘it's happening', so take it all with a healthy dose of scepticism, particularly given the anonymous nature of the sources cited.

KitGuru Says: The initial report didn't supply a ton of information to back up its claims, particularly when it comes to Zen so I would remain sceptical for now. If this is true, then we will probably hear some more information come out in the coming weeks or months.

Previous 12 Overclocking records were broken at G.Skill OC World Record Stage
Next Nostalrius admins may be winning over Blizzard staffers