Reports are circulating that Kaby Lake Core i7-7700K CPUs are hitting temperature spikes of 90ºC (194ºF) for no apparent reason, even on non-overclocked builds.

If micro-stuttering complaints weren't already widely known, according to a reader on The Register who goes by the name Bastard-Wizard, the flagship Intel chips will, for no reason at all, kick themselves into overdrive and start heating up like crazy, reaching a temperature well beyond what you'd accept for an internal component. The spikes are even affecting systems with more advanced cooling systems, like closed-circuit liquid coolers. 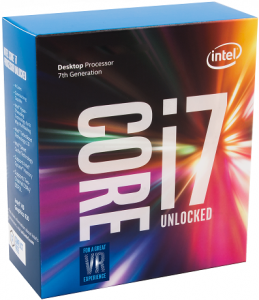 While Intel rates the Tjunction maximum temp of the Core i7-7700K as 100ºC (212ºF), users are livid with the thought their hard-earned cash is going towards global warming, while their radiator/fans rev up into an annoying whine, or simply feel cheated by the fact they feel there is no real reason for it to happen.

It seems users have also been begging Intel for a fix, ever since the issue was first detected shortly after its launch, but Intel has fallen short of a satisfactory answer. In a forum post, the chipmaker is attributing the temperature spikes to normal computing peaks, like when you load up an app on your PC, although, arguably, it would take a very heavy task to drive up the temperature like that.

KitGuru Says: What has been your experience with the Core i7-7700K? Have you tripped on the same issue, or is the prevalence ‘few and far between'? Do tell us in the comments…