On Thursday Deputy Editor In Chief Luke Hill published KitGuru's first round of AMD Ryzen coverage with a detailed 9,000 word analysis of the flagship Ryzen 7 1800X processor (read HERE). Even with some rather noticeable 1080p game performance issues, Luke felt the overall package from AMD was still very compelling and it earned our MUST HAVE award. 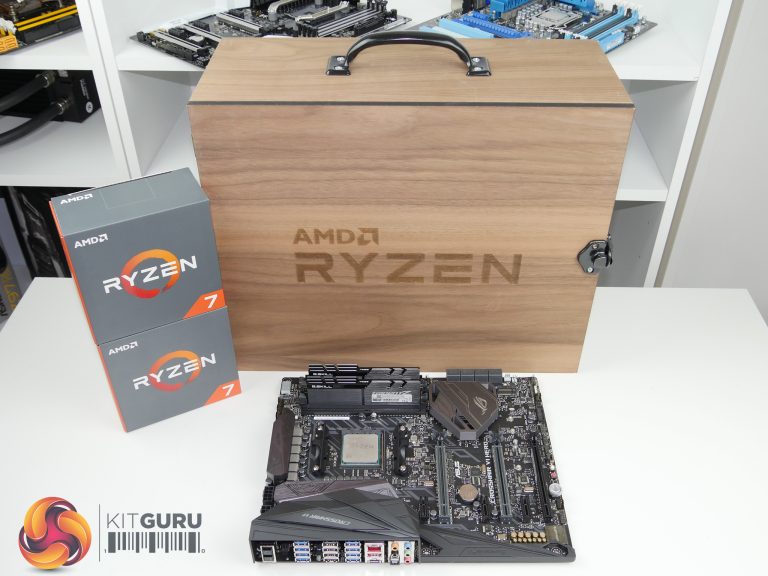 It was clear to see that the flagship AMD Ryzen 7 1800X excels at rendering, video encoding, media conversion, file archival, cryptographic operations and mathematical computation. It is worth bearing in mind that Intel's flagship 5960X and 6950x processors still ship at £1050 and £1,600 respectively. The AMD Ryzen 7 1800X has hit retail at £489.99. When you look at some of the computational results, it is hard to believe that those Intel processors are more than twice, or three times the price.

Anything that gives Intel competition has to be seen as good, even for Intel fans. If they finally drive down some of their frankly ridiculous prices, it benefits everyone.

It hasn't taken long to see that Intel prices are already dropping. Score one for AMD.

A few days after the launch we felt it was important to ask our readers what they thought. It has been after all one of the most hyped, talked about hardware launches in the last decade.

The results of our poll show a sample size of just over 1,000 people.

Of those people polled, just over 26% said they have ordered, or will be ordering a Ryzen processor soon. Another 33% said they will be ordering one – but not just right now. Likely the costs to move to a new platform are proving prohibitive for this audience and money will need to be saved.

Gaming performance has been the single biggest talking point of the Ryzen launch, and 25.2% of our readers polled said they will not be moving because of this. This audience are likely hardcore gamers using Skylake or Kaby Lake platforms. Only 4.4% of readers polled said that AMD Ryzen 7 was a flop.

KitGuru Deputy Editor In Chief Luke Hill said ‘Gaming performance is a disappointing aspect of the Ryzen 7 CPU. Despite its high clock speed and solid single-thread performance (shown by Cinebench), the CPU cannot compete with modern Core i7 CPUs in many games and sometimes gets beaten by a 4.2GHz Kaby Lake i5.' This is just at 1080p mind you because at Ultra HD 4k resolutions, most games become GPU dependant, so there is very little difference between AMD Ryzen 7 and the Intel counterparts.

AMD are aware of the problem and have already spoken about 1080p gaming concerns.

They said: “CPU benchmarking deficits to the competition in certain games at 1080p resolution can be attributed to the development and optimization of the game uniquely to Intel platforms – until now. Even without optimizations in place, Ryzen delivers high, smooth frame rates on all ‘CPU-bound’ games, as well as overall smooth frame rates and great experiences in GPU-bound gaming and VR. With developers taking advantage of Ryzen architecture and the extra cores and threads, we expect benchmarks to only get better, and enable Ryzen excel at next generation gaming experiences as well.”

AMD expect Ryzen performance to continue to improve over time as new games get released and old games get additional optimisation tweaks. This is why AMD has been making partnerships with studios like Bethesda, to ensure popular games are properly tuned to make proper use of Ryzen going forward.

KitGuru says: It is clear to see that a lot of our readers are, or will be moving to the Ryzen platform. Welcome back AMD.