Advanced Micro Devices is reportedly working on a new graphics card based on its code-named “Tonga” graphics processing unit. The Radeon R9 380X will be powered by the fully-fledged GPU with all stream processors activated. Performance of the product will be similar to that of the Radeon R9 280X.

The AMD Radeon R9 380X will feature “Tonga” GPU with 2048 stream processors as well as 384-bit memory bus, reports Expreview. The graphics board will offer considerably higher performance than the Radeon R9 380, but will also consume more power. Thanks to the GCN 1.2 architecture, the new graphics adapter will significantly outperform the Radeon R9 280X, which is based on the outdated “Tahiti” graphics chip. 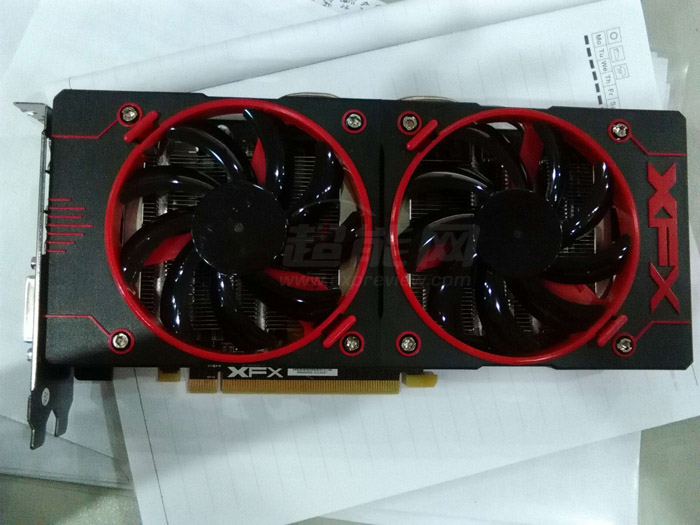 AMD reportedly decided not to offer Radeon R9 285X with unlocked “Tonga” chip last year because it considered its power consumption too high. Right now, the company needs a new product that would feel the gap between the Radeon R9 380 and the Radeon R9 390-series products.

AMD’s partners among graphics card makers have already received the unlocked “Tonga” graphics processor and are reportedly preparing adapters based on their own designs of printed circuit boards. One of such graphics cards developed by XFX has been pictured.

KitGuru Says: While it is great to see AMD working on a new graphics card, it is completely unclear why the company did not introduce a product with “full” “Tonga” graphics processor unit earlier.