The Kryographics R9 Nano single-slot full-cover water-block for AMD Radeon R9 Nano graphics boards is made of pure electrolytic copper with either acrylic or aluminum top cover. Water channels in the block pass over the GPU+HBM package as well as voltage regulator module to cool-down the inductors, which get rather hot with the stock cooling solution. The GPU+HBM package is covered by a micro structure with 0.5mm grid to ensure maximum cooling performance. 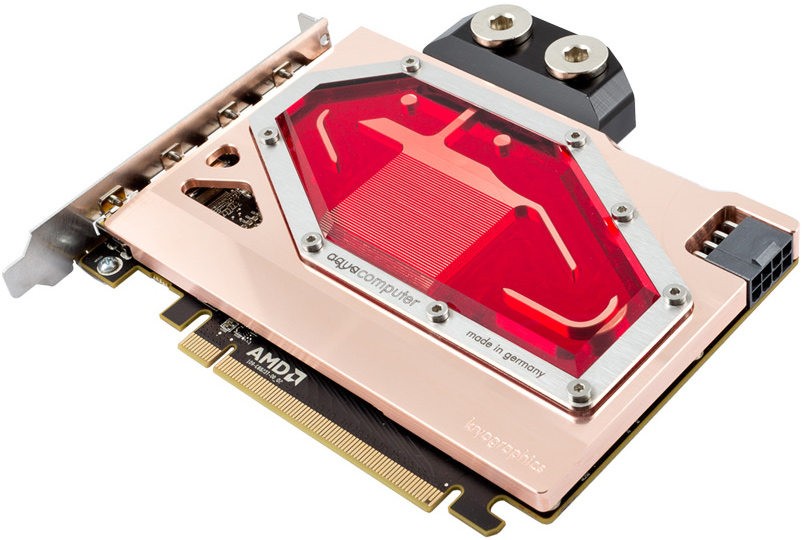 According to AquaComputer, the GPU temperature of the Radeon R9 Nano remains at below 35°C in typical conditions (with room/liquid temperature of around 27°C) when its water-block is used, which is massively cooler compared to AMD’s stock cooling system.

The Kryographics R9 Nano water-block is designed for custom-built liquid-cooled solutions and is aimed at experienced enthusiasts who are seeking for either additional performance from AMD’s smallest and most powerful graphics card, or want to make their PCs completely silent. What should be noted is that just a few of mini-ITX PC cases can support custom liquid cooling systems.

Traditionally, water-blocks from AquaComputer are easy to install and are compatible with various tubes and various pumps from the company and its competitors. 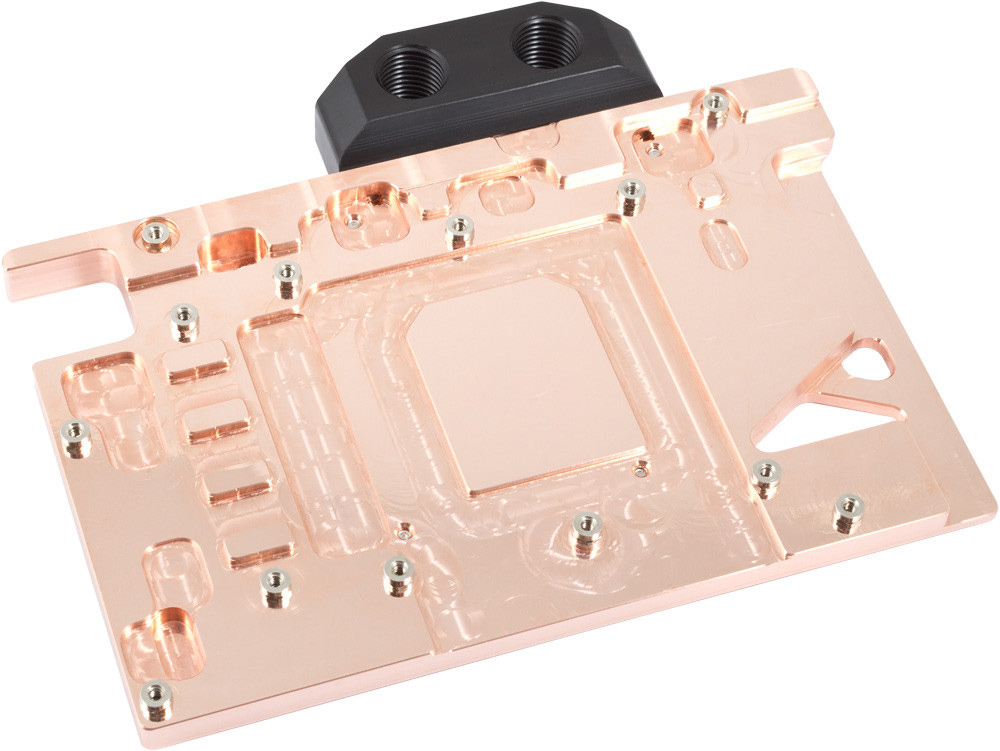 According to TechPowerUp, different versions of the AquaComputer Kryographics R9 Nano full-cover water-block will be available shortly. Pricing looks as follows:

KitGuru Says: While the Kryographics R9 Nano single-slot full-cover water-block for AMD Radeon R9 Nano is a unique product, its market prospects are completely unclear. Those, who want to have extreme performance, will naturally buy AMD Radeon R9 Fury X. Meanwhile, small form-factor systems do not use liquid cooling. On the other hand, maybe the Radeon R9 Nano will just redefine SFF PCs as we know them?