To celebrate 20 years of producing graphics cards, Asustek Computer this week introduced its massively factory-overclocked 20th Anniversary Golden Edition GTX 980 graphics adapter that will be made in limited quantities. The add-in-board packs everything that Asus’ graphics cards have to offer today, including exclusive technologies, advanced cooling solutions, unique design and impressive performance.

The new Asus 20th Anniversary Golden Edition GTX 980 (GOLD20TH-GTX980-P-4GD5) graphics board features impressive GPU clock-rate of 1317MHz/1431MHz (base/boost), which makes it the company’s highest-performing solution featuring the GM204 GPU. The AIB is even faster the ROG Matrix Platinum, which won accolades from KitGuru earlier this year. The card is equipped with 4GB of 7GHz GDDR5 memory as well as three DisplayPort 1.2, one HDMI 2.0 and one dual-link DVI outputs. 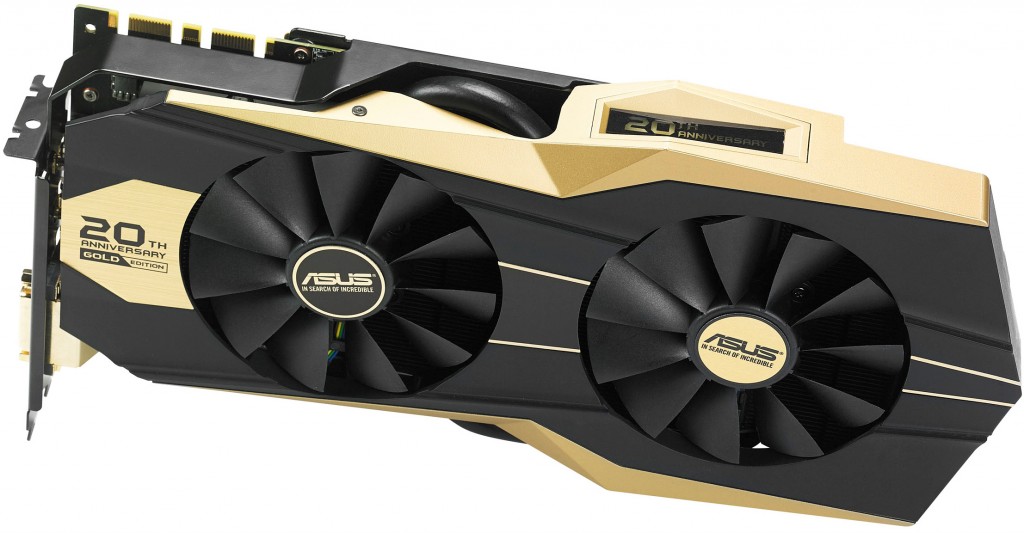 As expected, the Asus 20th Anniversary Golden Edition GTX 980 graphics adapter is based on the company’s custom printed circuit board with 14-phase voltage regulator module (VRM), which was designed to provide maximum overclocking headroom for the GM204 graphics processing unit. The digital 14-phase VRM utilizes concrete-core chokes, solid-state black metallic capacitors and hardened MOSFETs. The graphics adapter sports two 8-pin PCIe auxiliary power connectors that can deliver up to 300W of power to the graphics board. Additionally, the 20th Anniversary Golden Edition GTX 980 also features memory defroster power loop that keeps the memory chips just above freezing, when the card is cooled-down using liquid nitrogen or other extreme methods, preventing cold bugs. Finally, the graphics card is equipped with the company’s own DirectCU II with 0dB fan technology that can shut down fans when in idle mode. 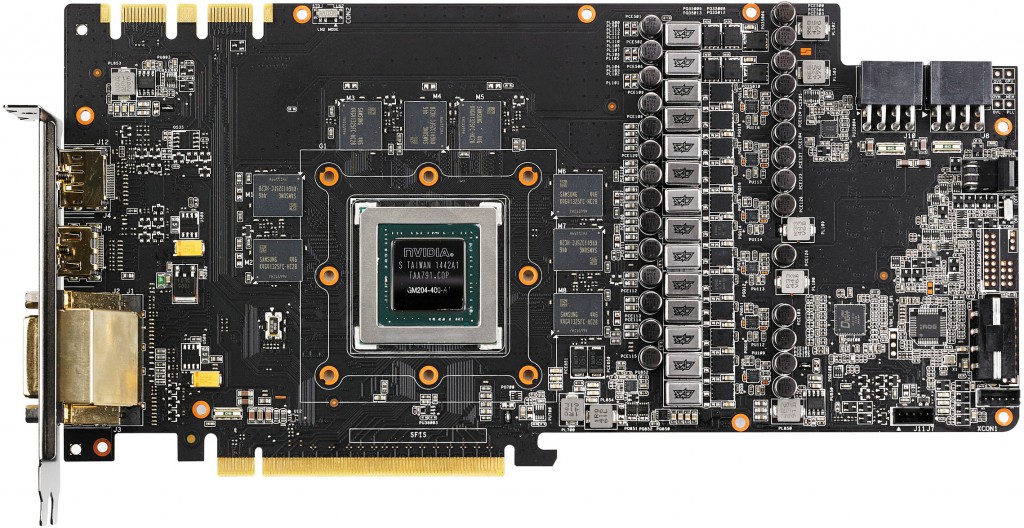 One of the world’s fastest GeForce GTX 980 limited edition graphics card was developed to commemorate 20 years since Asus started to make graphics adapters. While the company has been making motherboards since 1989, it started development of graphics cards only in 1995. Many of innovations introduced by Asustek over the 20 years are now industry standards, whereas the “Asus” brand is among the best-selling and most popular graphics card trademarks. 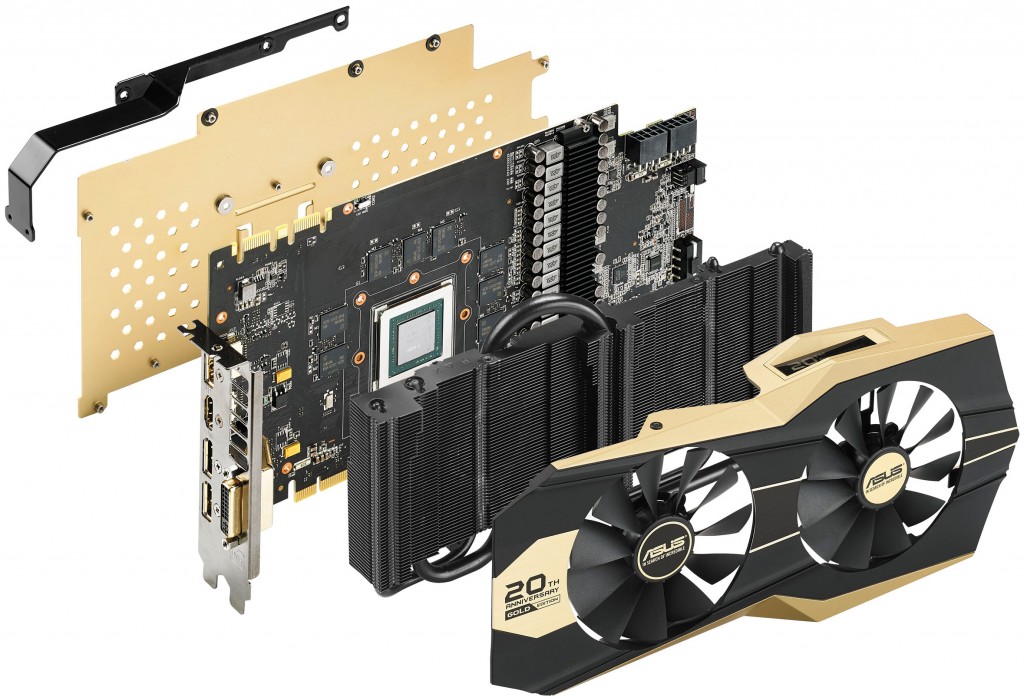 Pricing of the 20th Anniversary Golden Edition GTX 980 graphics card is unknown, but do not expect it to be affordable. The adapter is truly unique and will be made in limited quantities.

KitGuru Says: If you are in the market for something absolutely unique and powerful, then the 20th Anniversary Golden Edition GTX 980 is just what the doctor ordered. The card has everything that Asus has to offer today, so you definitely will not be disappointed. Of course, if money is not a problem.