Nvidia Corp.’s GeForce GTX Titan X graphics card offers extreme performance that is enough for playing all modern games even in ultra-high-definition resolutions. However, true enthusiasts never settle with any level of performance and they constantly demand more. Apparently, Nvidia is mulling about something it can offer to those, who are not completely satisfied with the current flagship product.

The Santa Clara, California-based developer of graphics processing units and application processors is considering to launch a version of its GeForce GTX Titan X graphics card with a hybrid cooling solution akin to that used on AMD’s Radeon R9 295X2 as well as on select EVGA GeForce GTX 980 graphics adapters. The system, which will combine the advantages of liquid cooling with air cooling, is expected to let Nvidia set considerably higher clock-rates of the GM200 GPU to further increase its performance.

Bits & Chips web-site claims citing sources close to Nvidia that usage of hybrid cooling system could allow Nvidia to increase default frequencies of the GeForce GTX Titan X (1000MHz/1075MHz – base/boost) by around 250MHz, which is a significant improvement. The hypothetical GeForce GTX Titan X Ultra or GeForce GTX Titan X Black could let Nvidia further increase the price of its top-of-the-range solution as well as to offer unbeatable performance. At present chances that such graphics card will emerge on the market are not very high. However, should AMD’s Radeon R9 390X beat the GeForce GTX Titan X across-the-board, Nvidia could retaliate by releasing an improved version of its Titan X with better cooling and higher clock-rates. 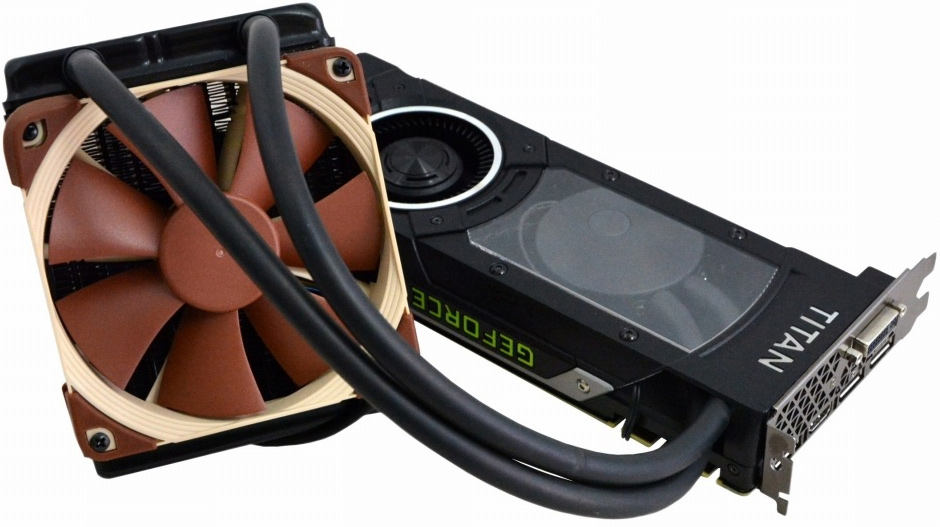 KitGuru Says: It is noteworthy that with its GeForce GTX Titan series of products Nvidia does not really endorse custom cooling systems by its partners. Therefore, instead of offering them a hybrid cooling solution with “GeForce GTX Titan X Ultra”, Nvidia could simply allow makers of graphics cards to install their coolers on the GeForce GTX Titan X products and factory overclock them beyond default rates.