Corsair slashes pricing on gaming headsets, mice in the U.K.

Corsair, a leading producer of advanced computer hardware for enthusiasts as well as peripherals for gamers, has significantly reduced recommended prices of its headsets and mice in the U.K. The price-cuts on many high-end items are very significant and exceed 10 per cent.

Corsair did not reveal reasons for price-cuts, but given that the competition on the market of gaming gear is pretty intense, it is not surprising that the company wants to improve its positions by offering better deals to its customers. 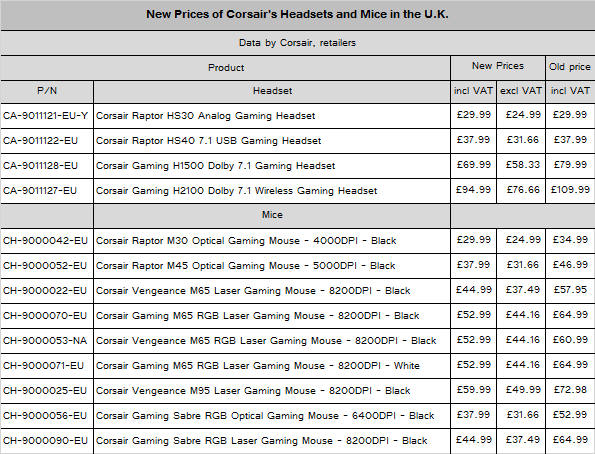 The revised prices of Corsair Raptor, Corsair Gaming and Corsair Vengeance headsets and mice will become effective in the coming days, make sure to check your favourite retailer.

It is unknown whether Corsair plans to slash prices of its devices in other European countries as well as then U.S., but it is a possible scenario.

KitGuru Says: If you are on the market for an advanced mouse or a headset, you should consider Corsair's new offerings. 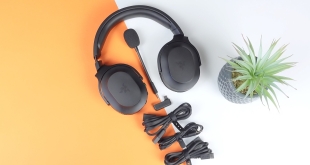