Asustek Computer on Thursday said that its Asus GTX 970 Dragon Knight graphics cards will not be available outside China. Although the graphics adapter is a potential bestseller thanks to its great design and overclocking capabilities, the company will keep it exclusive for the Chinese market.

“The Dragon Knight GTX 970 card is a limited run product only for the Chinese market, it will not be released widely and will not come to the U.K.,” said Gareth Ogden, a spokesman for Asustek Computer. “They do this fairly often in the Chinese markets as the market economics and channels are different to E.U. and North America.”

The Asus GTX 970 Dragon Knight features significantly increased GPU clock-rate as well as substantial overclocking potential thanks to its 10-phase voltage regulation module (VRM), two auxiliary PCIe power connectors (one 8-pin and one 6-pin) as well as a modified DirectCU II cooling system with two different 10cm fans. The graphics card used printed-circuit board that Asus originally developed for its premium Asus Strix GTX 980 product, which has won multiple awards, including a Must Have award from KitGuru. 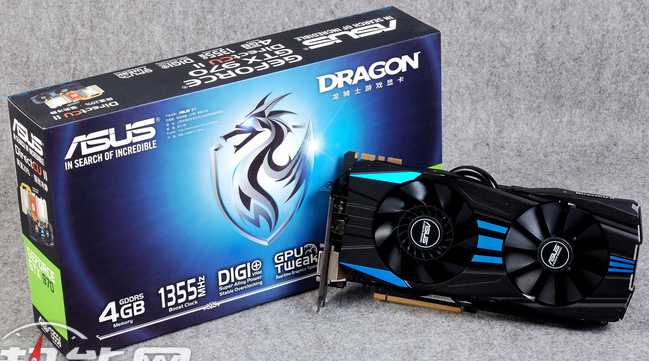 It is highly likely that the Asus GTX 970 Dragon Knight was developed specifically for Chinese New Year that is celebrated on the 19th of February, 2015. For enthusiasts of high-performance PCs the graphics card will become a great gift.

Asus positions its GTX 970 Dragon Knight below its premium Republic of Gamers (ROG) series of products, but above its default graphics solutions. Unfortunately, at present Asustek does not offer GeForce GTX 970-based solutions for overclockers, but wants them to buy fully-fledged Asus Strix GTX 980 or Asus ROG Matrix Platinum GeForce GTX 980 graphics boards with 10-phase and 14-phase voltage regulator modules (VRMs), respectively. Still, there are a number of interesting graphics cards based on the GeForce GTX 970 available today. One of the most promising GTX 970 solutions is clearly Overclockers UK’s reference GeForce GTX 970 that uses PCB and cooler that Nvidia developed for the GeForce GTX 980.

KitGuru Says: While officially Asustek’s GTX 970 Dragon Knight will be available only in China, it should be possible to get one such graphics cards on Internet auctions or using Chinese online stores, just in case you have just fell in love with this product…