A Chinese blogger has published images of Nvidia Corp.’s forthcoming code-named GM200 graphics processing unit as well as a graphics card powered by the GPU. The new chip will be, as expected, not only the most powerful graphics processor ever designed by the company, but has all chances to become the largest GPU ever made.

The GM200 graphics processing unit from Nvidia is marked as “1441A1 TAA156.000”, which indicates that the chip was made on the 41st week of 2014, the second week of October. The GPU carries “GM200-400-A1” moniker, which may mean that this is a fully-fledged chip with all of its execution units (i.e., stream processors, texture units, raster operations pipelines and other) enabled. Since Nvidia has had fully-functional A1 version of the GM200 chip at hands since October, it is likely that the new graphics solutions are on-track to be released commercially shortly from now. 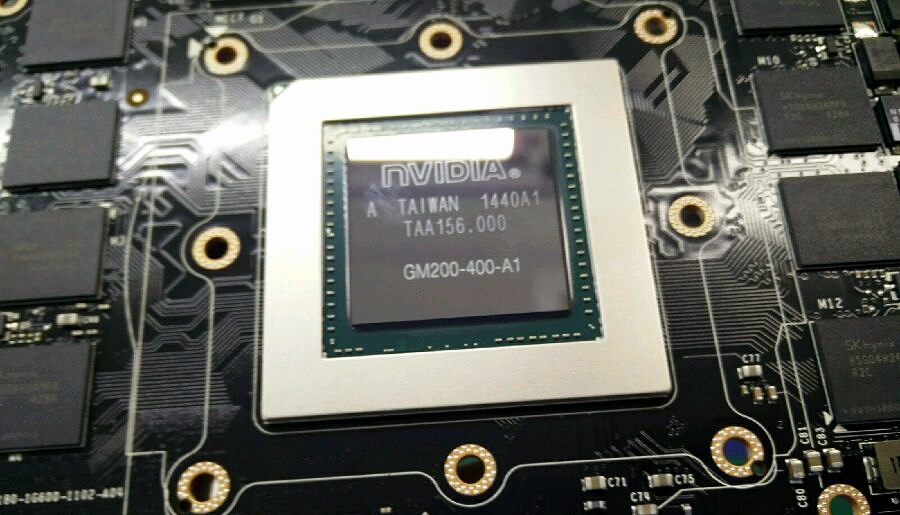 The GM200 graphics card, which was pictured by a Chinese blogger at Baidu presumably late last year, is marked as “180-1G600-1102-A04”. The prototype board sports three DisplayPort 1.2 and one HDMI 2.0 connectors, it also has contacts for one dual-link DVI-I connector, which will be implemented on commercial graphics cards. The length of the graphics board is unclear, but expect it to be similar to that of the current-generation GeForce GTX Titan Black graphics card since power consumption of the GM200 should be comparable to that of the GK110 (and therefore voltage regulator modules of two GPUs should be similar). 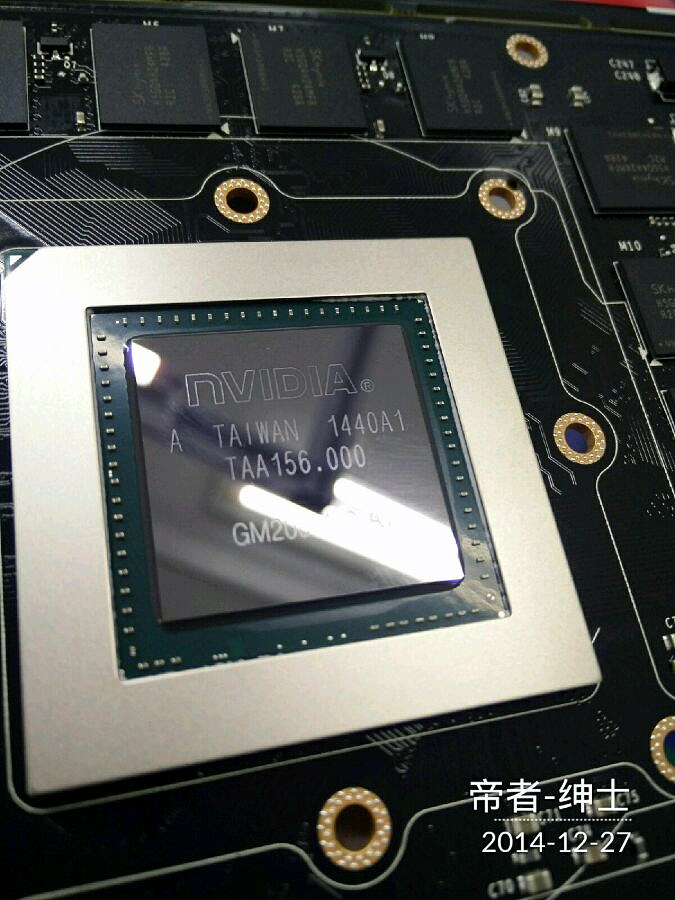 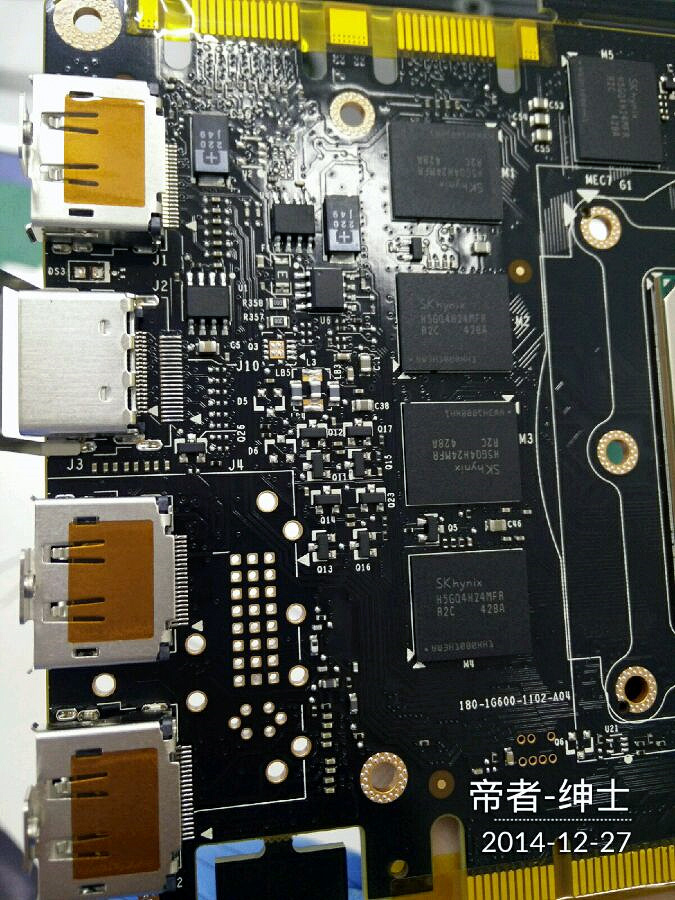 The graphics board carries GDDR5 memory chips from SK Hynix marked as H5GQ4H24MFR-R2C, which have 4Gb capacity and are rated to run at effective 7GT/s data-rate. Given that the card employs 24 GDDR5 memory ICs, it has 384-bit memory bus, 12GB of memory as well as 336GB/s peak memory bandwidth. It is unclear whether the “180-1G600-1102-A04” graphics card is a prototype of Nvidia’s next-gen high-end professional Quadro M6000 solution, or the upcoming next-generation GeForce GTX Titan.

VideoCardz web-site has attempted to compare die size of the GM200 to that of the GK110 and the GM204. While such assessments should be taken with a huge grain of salt, if the comparisons are more or less accurate, then the GM200 is larger than the GK110 (which has a die size of 551mm²). It is possible that the die area of the GM200 is comparable, or even larger, than that of the GT200a (576mm²), the largest GPU ever made.

Previously it was reported that Nvidia’s GM200 graphics processing unit sports 3072 stream processors, 192 texture units, 96 raster operations pipelines and 384-bit memory bus. The “Big Maxwell” is projected to offer around 34 per cent higher performance than the GeForce GTX 980, given its configuration.

KitGuru Says: While it is obvious that the GM200-powered graphics cards will be the highest-performing Nvidia GeForce graphics boards ever made, its market success will depend on the price. The solution will likely face tough competition from AMD’s upcoming Radeon R9 with HBM memory and if it does not end up as the world’s fastest graphics card, Nvidia will not be able to price it at $999 and expect decent sales. Meanwhile, a graphics chip with a die size of 570mm² – 580mm² is rather expensive to manufacture.