Factory-overclocked graphics adapters offer performance and features that are simply not available on add-in-boards designed by developers of graphics processing units. Unfortunately, graphics cards with extreme clock-rates and high overclocking potential also cost considerably more than adapters based on reference designs. Fortunately, from time to time stores offer great deals on them.

Overclockers UK currently offers KFA2 GeForce GTX 980 “8Pack Edition” 4GB graphics card for £389.99 inc VAT (down from £429.99), which is on par with affordable reference design graphics cards carrying GeForce GTX 980 graphics chip. The graphics adapter not only offers 15 per cent higher performance than many GeForce GTX 980-based products out-of-box, but also has rather extreme overclocking potential. 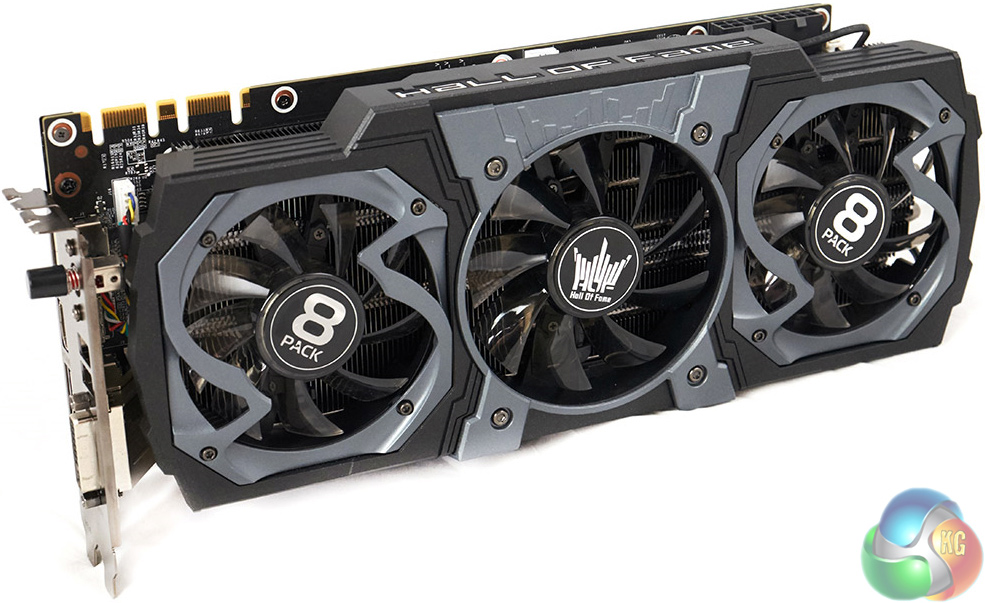 The KFA2 GeForce GTX 980 “8Pack Edition” was co-designed by Palit Microsystems, the world’s largest maker of graphics cards, and Ian “8Pack” Parry, one of the world’s top professional overclockers. The card uses a custom 10-layer printed circuit board with 8+2-phase voltage regulator module based on the International Rectifier IR3555 power IC. The VRM uses high-endurance inductors, solid-state capacitors and so on. The board requires two 8-pin PCIe auxiliary power connectors.

KitGuru Says: Custom factory-overclocked GeForce GTX 980 for the price of a reference card with default clock-rates? Sounds like a great deal, if you are interested in a GeForce GTX 980 graphics adapter.