Nvidia Corp.’s GeForce GTX Titan Z was hardly ever supposed to become a popular solution on the market because of its unprecedented price. However, five months after the release, this price seems to go down, at least in select cases.

When the dual-chip triple-slot GeForce GTX Titan Z hit the U.K. market in late May, it cost whopping £2399.99, the highest price of a consumer-class graphics card ever. After a couple of months of Titan Z’s availability a number of retailers started to offer £100 discounts on select GeForce GTX Titan Z 12GB models, whereas Nvidia decided to provide certain discounts to system builders who used the dual-GPU graphics board inside their gaming rigs sometimes in late August. Recently things started to intensify. 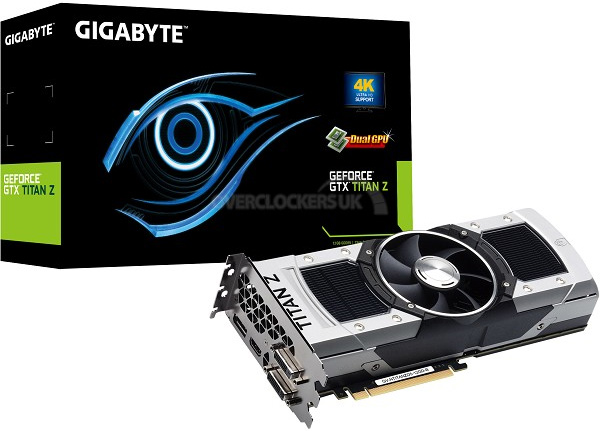 The Nvidia GeForce GTX Titan Z is powered by two Nvidia GK110 GPUs in their full configuration with 2880 stream processors, 240 texture units and 48 raster operations pipelines. The graphics processors operate at 705MHz in default mode and 876MHz in “boost” mode. Because of the low GPU clock-rates, the Titan Z is easily outperformed by two GeForce GTX Titan Black graphics cards (with the same GPU configuration) that cost a lower amount of money.

KitGuru Says: Buying a GeForce GTX Titan Z graphics card today is like buying an outdated supercar. You can get similar performance at a lower price and with improved comfort and safety. However, there are people who like “unicorns” like the GeForce GTX Titan Z or the 1967 Ford Mustang GT500 “Eleanor”, aren’t there?