Samsung Electronics on Thursday said that it has begun mass production of 8Gb GDDR5 dynamic random access memory (DRAM) for graphics adapters and game consoles. The new chips will allow makers of graphics cards to build devices with 8GB of memory and will let Sony to simplify design of its PlayStation 4 video game console.

The 8Gb GDDR5 memory chips from Samsung Electronics can operate at up to 8GT/s data rate and feature 32-bit input/output bus. Each of such chips features memory bandwidth of up to 32GB/s. The new memory ICs [integrated circuits] are made using 20nm process technology and therefore should be relatively inexpensive to manufacture.

“We expect that our 8Gb GDDR5 will provide original equipment manufacturers (OEMs) with the best graphics memory solution available for game consoles as well as general use notebook PCs,” said Joo Sun Choi, executive vice president of memory sales and marketing at Samsung Electronics. “By expanding our production of 20nm-based DRAM products including the new GDDR5, we will meet increasing global customer demand and take the lead in accelerating the growth of the premium memory market.” 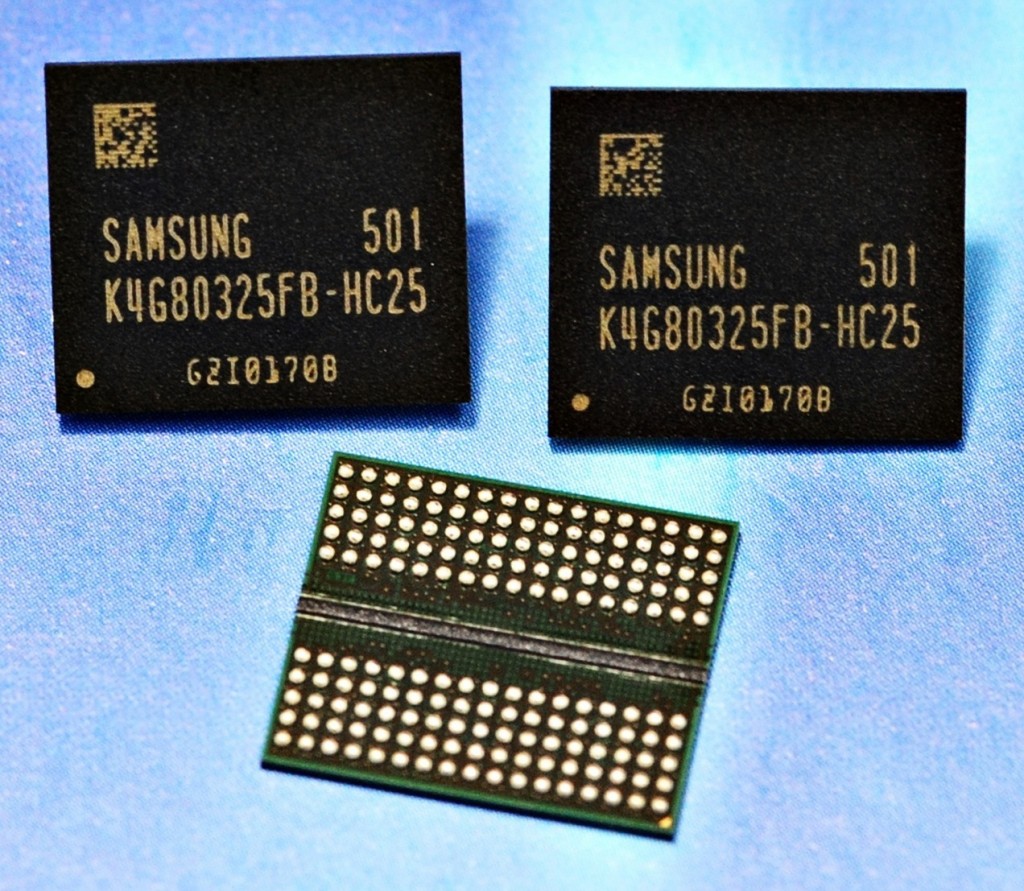 The 8Gb GDDR5 memory chips from Samsung Electronics will allow makers of graphics cards and developers of graphics processing units to build add-in-boards with 8GB of memory using only eight memory chips. Nowadays partners of AMD have to use 16 memory ICs to manufacture Radeon R9 290X 8GB products. Nvidia’s partners also have to install loads of chips on graphics adatpters with more than 6GB of memory.

The main consumer of high-end GDDR5 memory nowadays is Sony’s PlayStation 4 game console, which uses 16 GDDR5 chips for its 8GB unified high-performance memory sub-system. Sony has sold over 18.5 million PS4 systems since their introduction in November, 2013, which is higher than the amount of high-end GeForce or Radeon GDDR5-based graphics adapters sold in the same period of time.

KitGuru Says: Samsung Electronics is the first memory maker to start mass production of 8Gb GDDR5 DRAM devices. It remains to be seen when Micron Technology starts to manufacture similar chips in volume. It is also interesting to note that last year 8Gb GDDR5 chips were not a part of SK Hynix’s roadmap.