Sapphire Technology is working on a new version of AMD Radeon R9 290X-based graphics card with 8GB of GDDR5 memory onboard, a media report claims. The solution with enlarged frame buffer is projected to become available shortly and offer unbeatable performance in ultra-high resolutions.

The world’s number one supplier of AMD Radeon-based graphics cards is preparing to launch its Vapor-X R9 290X adapter that will not only feature an advanced vapour chamber-based cooling system with three fans, but also 8GB of GDDR5 memory onboard, reports VideoCardz web-site. The card will also support four monitor connectors so that to make it easy to create multi-monitor setups with Eyefinity technology. 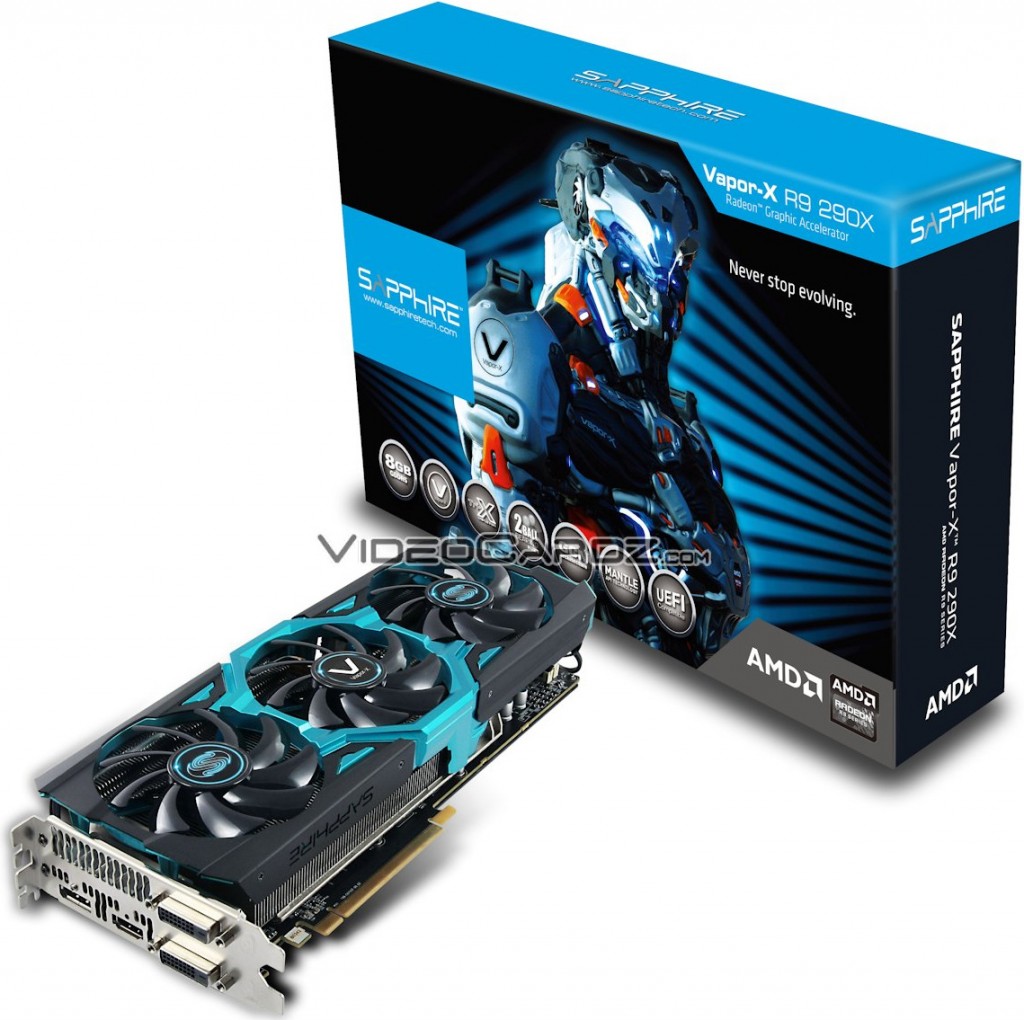 It is unknown whether GPU and memory clock-rates of Sapphire Vapor-X R9 290X graphics cards will be similar to the reference design or higher by default, but it can be safely said that the vapour chamber-based cooling system with three fans will provide a lot of headroom for overclocking thanks to its ultimate efficiency.

While 8GB of GDDR5 memory sounds impressive, not everyone needs a frame-buffer that large. For the vast majority of use cases, 4GB GDDR5 should be enough for fine frame-rates. 8GB will provide a significant advantage to those, who play in 4K resolution (3840*2160) and/or with very high-quality antialiasing settings.

Keeping in mind that AMD officially positions the Radeon R9 290X as an ultimate solution for 4K gaming, it is highly likely that not only Sapphire, but also its rivals among other suppliers of graphics cards will offer similar Radeon R9 290X-based models with 8GB of GDDR5. Such graphics boards could become AMD’s answer to the launch of Nvidia GeForce GTX Titan Black Edition graphics boards earlier this month.

KitGuru: As manufacturers of dynamic random access memory are ramping up production of GDDR5 to fulfill demand for Sony PlayStation 4, such memory type is getting more affordable. Hence, it is doubtful that 8GB versions of the Radeon R9 290X will cost an arm and a leg. At the same time, if they come with increased clock-speeds and formally beat the GeForce GTX Titan Black, they will not only bring performance crown to AMD, but will likely become quite popular among enthusiasts who are building new setups with 4K displays.