AMD’s recently released Radeon R9 Fury X turned out to be pretty powerful graphics solution that has every right to carry the “flagship” title. The top-of-the-line Radeon R9 graphics adapter based on the code-named “Fiji” graphics processing unit will not be the only product in AMD’s family of cards powered by the same GPU as the company is preparing three more solutions: the Radeon R9 Fury, the Radeon R9 Nano and the dual-GPU Radeon R9 Fury X2. Two out of three new cards will be aimed at gamers, who do not want to spend over $600 on a graphics card, whereas the dual-GPU product will be designed for those, who want to have maximum performance at any cost. 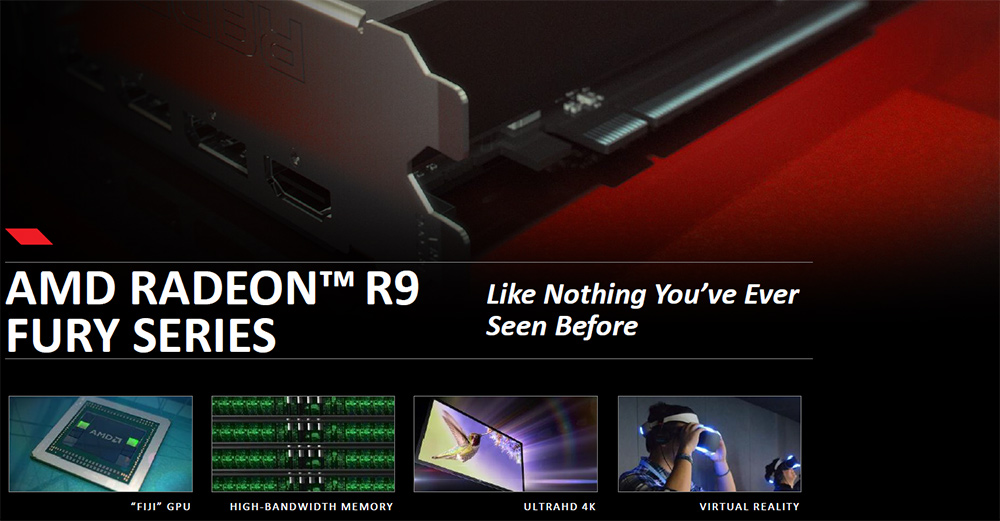 AMD’s Radeon R9 Fury will be based on a cut-down version of the “Fiji” chip with 3584 stream processors, 192 texture units, 64 raster operations pipelines and 4096-bit memory interface, according to TweakTown. The GPU will be clocked at 1050MHz, hence, peak FP32 compute performance of the chip will be around 7.52TFLOPS, which is a lot. Suppliers of graphics adapters will be allowed to design their own printed-circuit boards as well as cooling systems for the Radeon R9 Fury. AMD’s reference design of the product uses an air cooler.

Real-world performance of AMD Radeon R9 Fury is to be determined, but since it lacks 512 of 4096 stream processors featured by the fully-fledged AMD Radeon R9 Fury X, it will clearly be noticeably slower in demanding applications. Recommended price of AMD’s Radeon Fury is $549. 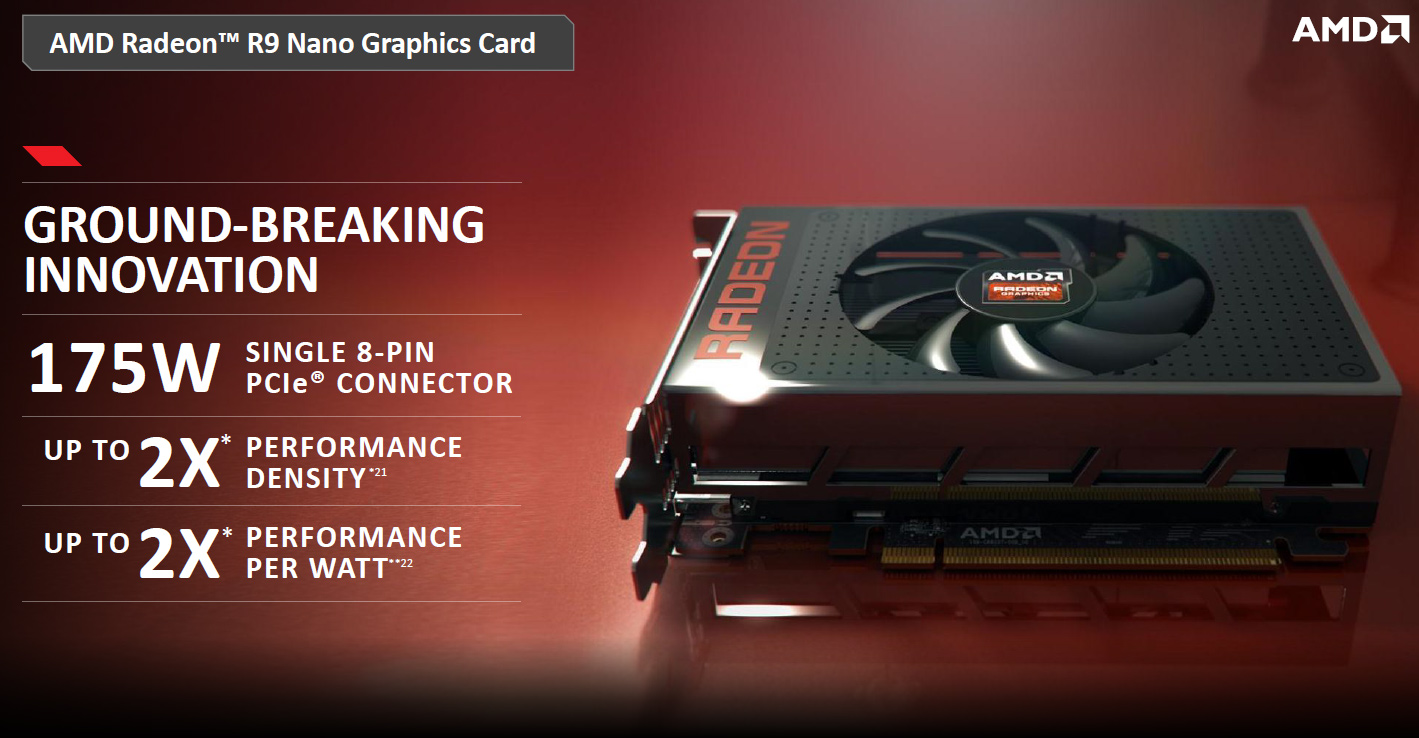 AMD’s small form-factor graphics card for gamers who use mini ITX chassis – the AMD Radeon R9 Nano – will be based on the fully-fledged “Fiji” graphics processor with 4096 stream processors, according to AnandTech, which cites sources from AMD. The graphics card will be only 6” long and will feature one 8-pin PCIe power connector. The Radeon R9 Nano will carry 4GB of HBM memory operating at 1GHz.

Keeping in mind that the card needs to offer leading-edge performance while consuming just 175W, it might be easier for AMD to hit necessary performance-per-watt targets using the fully-unlocked GPU operating at relatively low clock-rates rather than to play with both configuration and frequency. In fact, to fulfil the promise of offering two times higher performance-per-watt compared to the Radeon R9 290X, AMD’s Radeon R9 Nano should hit around 6.8TFLOPS FP32 rate (or 38.8GFLOPS/W). To do so with a fully-fledged “Fiji”, AMD needs to clock it at around 830MHz. 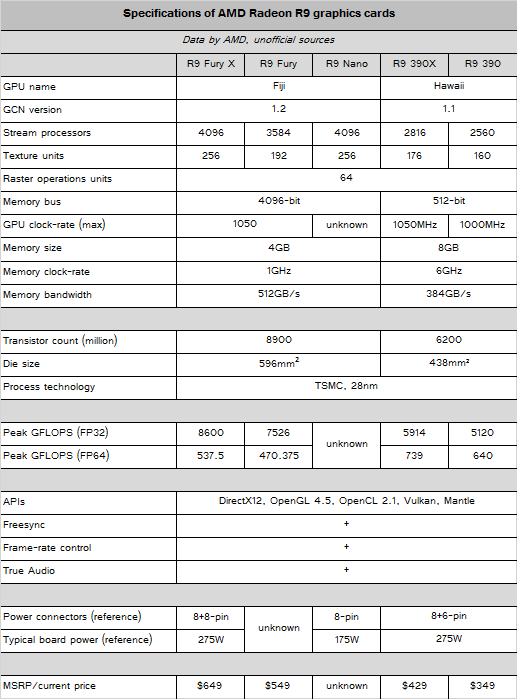