Supply of AMD Radeon R9 390-series may be constrained – report

Supply of next-generation AMD Radeon R9 390-series graphics cards is expected to be very short initially. A media report suggests that the main reason behind supply constraints is limited availability of high-bandwidth memory made by SK Hynix.

Even though Advanced Micro Devices taped out its code-named “Fiji” graphics processor that powers the Radeon R9 390-series graphics cards in the middle of 2014 and currently its yields should be high, there is a major problem, which could hamper availability of such adapters: yields of high-bandwidth memory at SK Hynix. According to a report from TweakTown, there will not be enough memory available to fulfill AMD’s needs in the coming months.

The first-generation HBM (HBM1) stacks four DRAM dies with two 128-bit channels per die on a base logic die using through silicon vias (TSV), which results into a memory device with a 1024-bit interface. The first-gen HBM stacks are made using proven 29nm (which SK Hynix calls “2xnm”) process technology. High-bandwidth memory comes in HBM 4Hi stack (4 high stack) packages, which are tested by SK Hynix before shipments. Each HBM 4Hi stack is placed on an interposer next to the graphics processing unit, a process that has not been used for graphics cards before.

It is unclear whether yields of HBM memory is the only problem that affects availability of AMD’s Radeon R9 390-series graphics cards, or there is a combination of problems that involves HBM, usage of interposer, testing procedure of multi-die devices and so on. 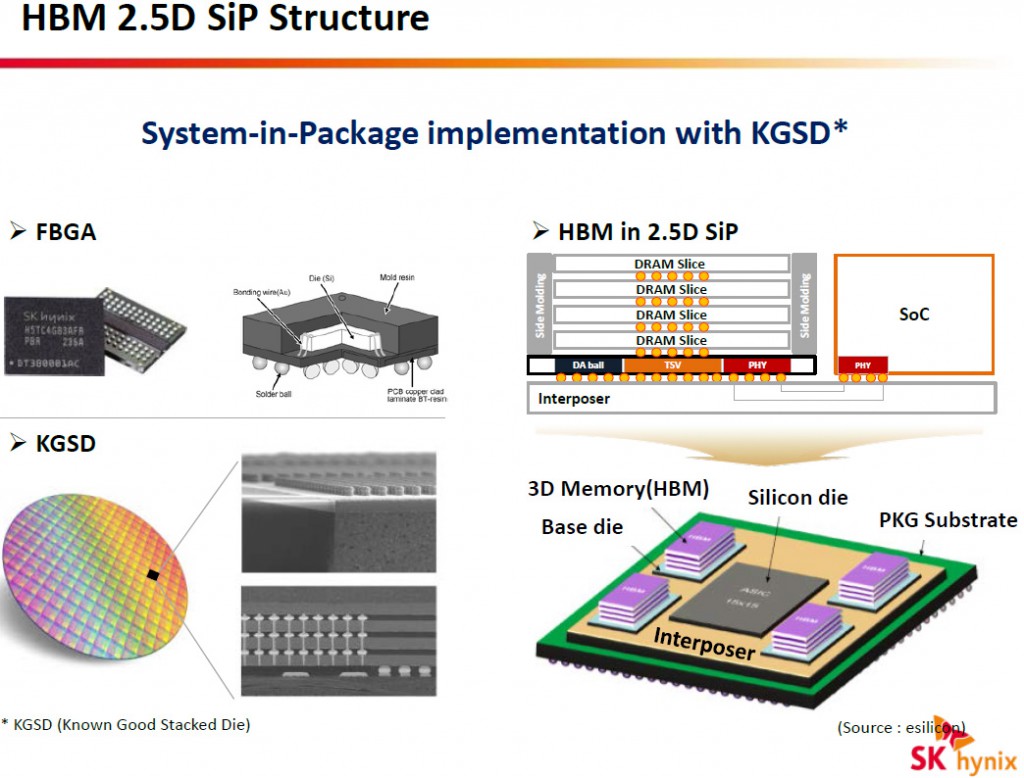 KitGuru Says: If AMD really has problems with production of its Radeon R9 390-series graphics cards, then it explains why the company wants to release the whole lineup of next-gen adapters at once. On the other hand, the company itself expects its GPU market share to increase after it releases its new graphics solution. If AMD cannot ship enough graphics cards, then its market share will drop, not increase.

Previous Can an AI speedrun Pokemon Red faster than us?
Next Jay-Z’s Tidal service is bombing already