TSMC to start volume production of 10nm chips in 2017

Taiwan Semiconductor Manufacturing Co. has delayed volume production of chips using 16nm FinFET manufacturing technologies by several quarters. As a result, it now has to reconsider plans regarding production of semiconductors using 10nm FinFET fabrication process. Previously it was expected that the company will produce 10nm chips in late 2016, but at present the company’s official expectation is 2017.

“Our 10nm technology development is progressing and our qualification schedule at the end of 2015, end of this year, remains the same,” said Mark Liu, president and co-CEO of TSMC, during a conference call with investors and financial analysts. “We are now working with customers for their product tape-outs. We expect its volume production in 2017.”

According to TSMC’s predictions, its 10nm FinFET will offer over 25 per cent clock-rate improvement over the 16nm FinFET+ at the same power, it is projected to be 45 per cent more energy efficient and is predicted to provide 2.2 times higher density over 16nm FinFET+, which is a massive improvement. Risk production of 10nm FinFET chips is scheduled to start in the fourth quarter of 2015. 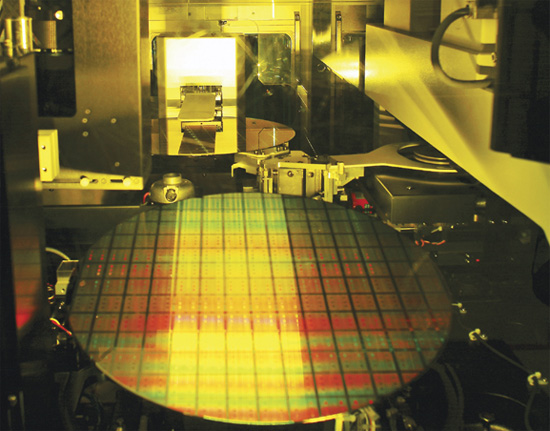 At present TSMC is developing its 10nm FinFET manufacturing technology and not a lot of information is known about the process. What is obvious is that the new fabrication tech will not rely on the back-end of the 20nm process technology, like the company’s 16nm FinFET technologies do. As a result, it will be possible for fabless semiconductor makers not only shrink die sizes of their chips in 2017, but to reduce cost-per-transistor too.

Keeping in mind that TSMC will only start volume production using 16nm FinFET technologies in the meaningful quantities in the fourth quarter of 2015, the majority of TSMC’s customers will not require 10nm process earlier than in the first half of 2017.

KitGuru Says: For TSMC, it is crucial to start volume production of chips using the most advanced process technologies ahead of its rivals. A more conservative approach – which includes delay of 16nm FF mass production and a slight reconsideration of 10nm plans – means that the company will not be able to stay ahead of its competitors, at least when it comes to leading edge technologies.