Nvidia unveiled its new RTX 20 Series of graphics cards on Monday, built around demanding real-time ray tracing technology. Alphacool understands that early adopters are going to need to keep their new GPUs cool in order to push them to their limits, introducing a range of new Eisblock radiators that ought to do the job.

It is speculated that Alphacool’s new GPX-N 20 Series line-up could be revealed as backwards compatible closer to the release of the RTX 2070 given that each cooler is already compatible with both the GeForce RTX 2080 and RTX 2080 Ti simultaneously. This is cast into doubt, however, given that Alphacool’s website lists each cooler as SLI compatible, while the RTX 2070 is believed to forgo NVLink support. Either way, Alphacool no doubt has something in store. 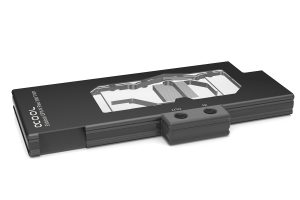 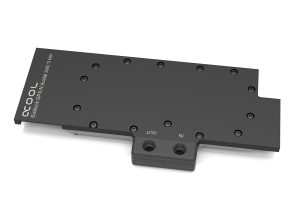 All of Alphacool’s waterblocks are reportedly identical in cooling, according to the company, with Plexi variants cost a little more at €149.95, standing out with its clear acrylic window to display the custom coolant, RGB lighting and micro-fin lattice over the GPU base. Acetal versions sit at around €114.95, however, opting for a matte-black acetal cover instead, forgoing the extra trimmings.

Alphacool has already made the waterblocks available for pre-order ahead of a 20th September launch, the same day Nvidia’s new RTX 20 Series of cards will land on shelves.

KitGuru Says: Added watercooling should be little extra expense for the majority that can afford the RTX 20 Series upon release, allowing owners to push the cards further than what has been shown since the event. It’ll certainly make for exciting benchmarks, particularly in the hands of overclockers. Are you interested in grabbing yourself a new RTX GPU?