Over two years on from the launch of its Pascal architecture and the highly successful GTX 10 series, Nvidia has finally officially launched a new product series. The big news at its GeForce event in Cologne, Germany, was the announcement of not only the RTX 2070, but the 2080 and RTX 2080 Ti cards as well.

If you tuned in to watch Nvidia’s livestream, you will have seen the announcement – Jen-Hsun Huang launched three new GeForce cards, based on the new Turing architecture, in his keynote address.

Watch via our VIMEO Channel (Below) or over on YOUTUBE

By the day of launch, almost all details about the new cards had leaked – and the leaks turned out to be very accurate. Not only was the RTX branding made official for the GeForce gaming cards, but all three of the RTX 2070, 2080 and RTX 2080 Ti cards were announced. Built on a new 12nm process, the 2080 sports 2944 CUDA cores with 8GB GDDR6 memory, while the 2080 Ti has 4352 CUDA cores and 11GB GDDR6 memory. 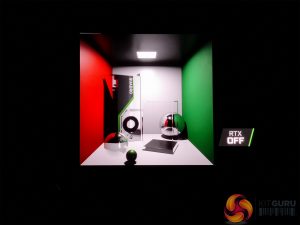 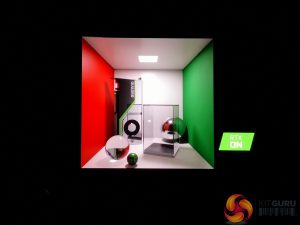 The new RTX branding is obviously important, as it it signifies Nvidia’s focus on ray tracing technologies. Dubbed ‘the holy grail of graphics’ at the event, ray tracing has previously been out of reach for consumer graphics due to the vast amount of graphical performance required to implement it effectively. With the new Turing architecture and RTX graphics cards, however, the stunning visual effect of ray tracing is now much less of an obstacle. To make this clear, Jen-Hsun declared that a GTX 1080 Ti can calculate 1.21 Giga Rays per second – when a new RT (ray tracing) core in Turing GPUs can calculate 10 Giga Rays per second, almost 10x as fast.

There was also a strong focus on the AI and deep learning nature of the new Turing GPU. This is thanks to the new Tensor cores, which can process images in real-time to improve perceived resolution, similar to anti-aliasing – but with much greater overall clarity. To demonstrate the new technology and its impact for games, various demos were shown live, including the upcoming Shadow of the Tomb Raider which will support ray traced shadows – which looked much more dynamic and life-like than without RTX enabled. 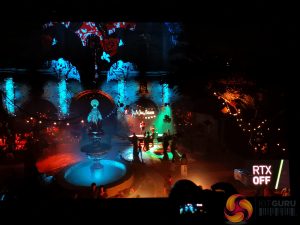 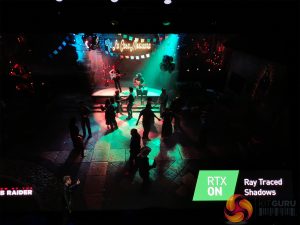 This seems to suggest that rather than building ray tracing into games in their entirety, ray tracing will be used in a more subtle way to make certain aspects of a scene more life-like. This is likely because ray tracing is still too demanding for completely widespread use, so based on the demos we saw, game developers will pick and choose where it will be utilised to reduce overall impact on performance.

Elsewhere, the updated memory is also worth noting as the new GPUs have made the jump from GDDR5X to GDDR6 – something which was first made official with the announcement of the Quadro RTX. This means the cards have greatly increased memory bandwidth, with the 2080 Ti boasting a huge 616GB/s bandwidth speed, while the 2080 is a bit slower at 448 GB/s.

Aside from the specs of the new GPUs, we also go confirmation of the fact that Nvidia’s Founder’s Edition RTX cards have ditched the single fan blower-style cooler of previous generations in favour of a mean-looking dual fan card. This is despite the 2080 Ti sporting the same 250W TDP as a reference GTX 1080 Ti, suggesting Nvidia just wanted to make a better cooled card to keep core frequency up. 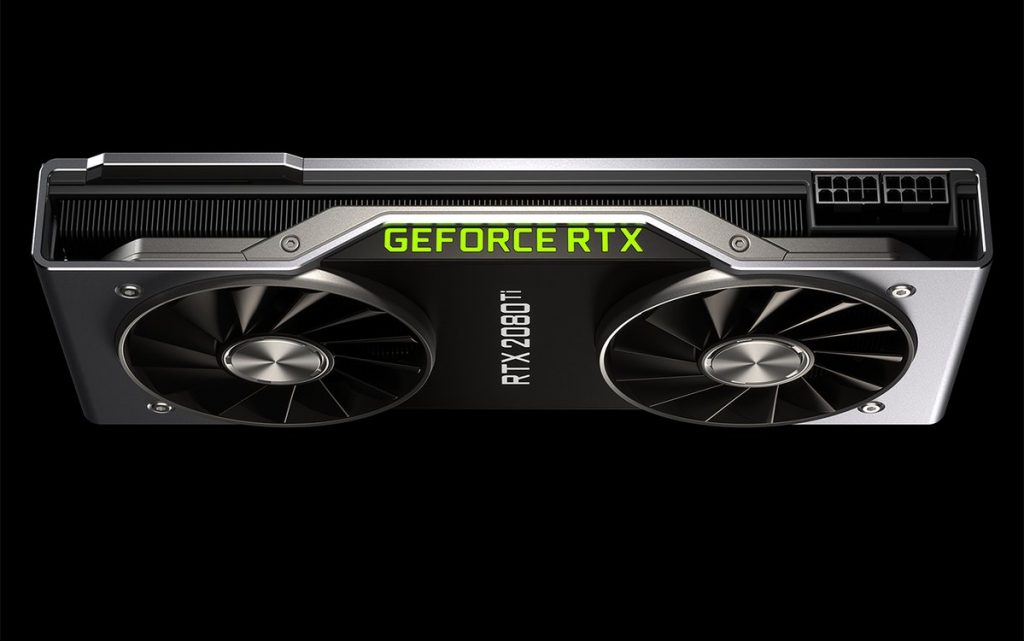 See below for a full spec chart:

KitGuru says: It’s hard to not come away feeling impressed by the new Turing architecture and what it can do for graphics. Still, we wait to see real-world game benchmarks for ourselves – so stay tuned for upcoming GTX 20 coverage