It doesn’t seem that long ago we were all looking forward to Nvidia’s current generation of Turing architecture. According to rumours, the new Ampere cards may be coming sooner than expected, with further talk of a release early in 2020.

Ampere may not be Nvidia’s best-kept secret. However, nothing official has come from Nvidia yet on a potential release of their next-generation graphics cards. Thanks to the guys over at Igor’s Lab, we now have the third confirmation that Ampere could be hitting the shelves sooner rather than later.

It has been widely documented that Ampere will be manufactured using Samsung’s 7nm node and will offer a significant increase in performance over current generation Turning GPUs. Igor from Igor's Labs has revealed that he expects Nvidia to launch the Ampere powered GPUs in the first half of 2020. Although this could mean anytime up until the summer.

This is not the first time we have heard rumours of Ampere arriving next year. Digitimes previously told us they expect this to be the case and also claimed that Samsung’s 7nm EUV process will be used, too. However, we shouldn’t get too excited just yet as rumours have often turned out to be wide of the mark. 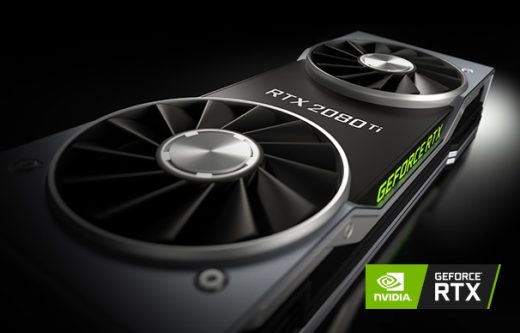 A successor to Turing coming in 2020 could make sense if you look at Nvidia’s previous form when it comes to new releases, an early 2020 release would be in line with expected generation gaps. It would also offer a timely release from Nvidia to head off opposition from AMD’s highly anticipated high end Navi-based ‘RX 5900’, which is rumoured to launch around the middle of next year. If that does happen it may mean AMD have set their targets on the wrong Nvidia GPU generation.

The rumours of Nvidia moving over to Samsung’s 7nm node should be treated with caution too as early this year Nvidia said they would continue production of their next-generation GPUs with TSMC. This opinion from Nvidia potentially could have changed, since reports of TSMC struggling to meet 7nm demand have surfaced in recent months, which could see Ampere delayed if they stick with TSMC, especially since Apple has recently upped iPhone 11 production.

If Nvidia did choose to go the Samsung route it would mean a cost-saving for the company as Samsung’s 7nm EUV chips can be produced cheaper. Whether this saving would be passed on to the consumer is another story, especially if the first iteration of Ampere is a heavyweight, high-performance Ti variant.

KitGuru says: As always, rumours don't always turn out to be correct, but with Igor's Labs usually being a reliable source, maybe there is some weight to them. If Nvidia does launch Ampere early next year will you guys be looking to upgrade, or do you feel there is still more performance to come from the current generation?