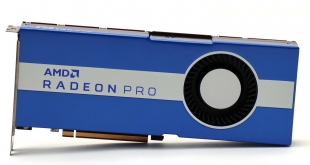 AMD professional graphics have played second fiddle to NVIDIA's for some years now. Although the Radeon Pro WX 8200 put up a considerable challenge to the Quadro P4000, the RTX 4000 arrived a few months later and redressed the balance back to NVIDIA again. But AMD's early adoption of 7nm process technology has given it a real boost amongst consumer graphics, and now that benefit is being fed into the professional graphics market. The first product to hit the shelves is the Radeon Pro W5700.

The W5700 is, as its model number implies, a professional parallel to the consumer-grade Radeon RX 5700. The core specs are very similar, with a Navi 10 XL / RDNA GPU inside that sports 36 compute unites and 2,304 Stream Processors. That is considerably fewer than the Radeon Pro WX 8200's 3,584, but the W5700 has both a higher base clock and a much higher boost clock, which will go some way in compensation. It also uses GDDR6 memory instead of HBM2, which has a positive benefit for price since HBM is more expensive. You get the same 8GB of frame buffer, too. 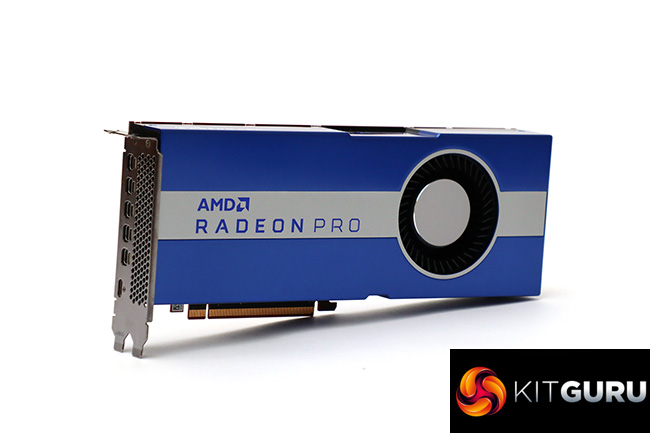 This is a future-proofed card in terms of connectivity, with five Mini-DisplayPort connections and USB-C. You can connect up to five 4K screens and even run an 8K screen at up to 60Hz. The TDP is 205W, which isn't too onerous, so there's potential to get a lot of performance per Watt as well.

So while the specs don't imply that the W5700 will be a complete Quadro RTX 4000 killer in terms of performance, it should be reasonably competitive, and the price of $799 makes it potentially better value, particularly now that the Radeon Pro WX 8200 is actually more expensive than the Quadro RTX 4000. Let's find out how it performs.