According to CapFrameX, the Radeon RX 6800 can be overclocked to over 2.5GHz. The data shared by CapFrameX further details this by showing a minimum GPU clock of 2.462GHz, an average of 2.532GHz, and a maximum of 2.553GHz. Considering the stock boost clock of 2.105GHz of the Radeon RX 6800, that’s an improvement of 21% compared to the maximum clock. 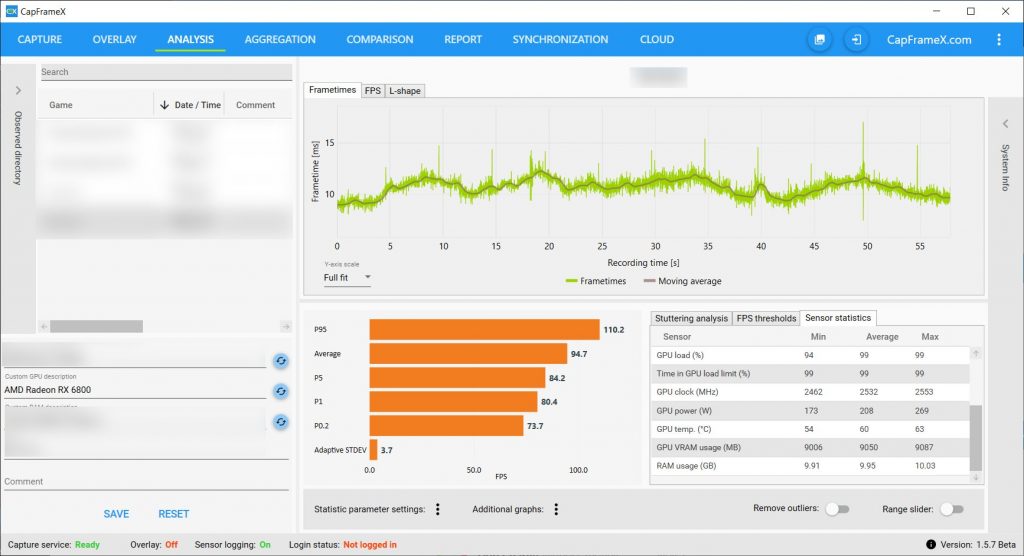 Other important data includes the average temperature of 60ºC and average power draw of 208W. At its peak power draw, the card was pulling up to 269W and temperatures reached 63ºC over the course of what seems to be a 60-second test run. The source of this data and the application/benchmark used on this test is unknown.

The AMD Radeon RX 6800 will feature the cut-down Navi 21 GPU with 3840 stream processors, paired with 16GB of GDDR6 memory clocked at 16Gbps, and 128MB of Infinity Cache. The release of this graphics cards is scheduled for November 18th, alongside the Radeon RX 6800XT, priced at $579.

KitGuru says: Are you impressed with the overclocking potential of the Radeon RX 6800? Are many of you hoping to pick one of these up at launch?