As a benchmark, Basemark isn't widely used. Nonetheless, it's still fair to compare the scores produced by systems that have run the same benchmark.

The system running the Radeon RX 6800 has an MSI MEG X570 Godlike motherboard with an AMD Ryzen 9 3900X processor and 16GB of DDR4-2133 memory. This system has the 27.20.14501.1206 driver with Radeon RX 6000 support installed. For those who don't know, the MSI MEG X570 Godlike received a BIOS recently that adds supports for Smart Access Memory, so these benchmark scores might have been affected by that same feature. 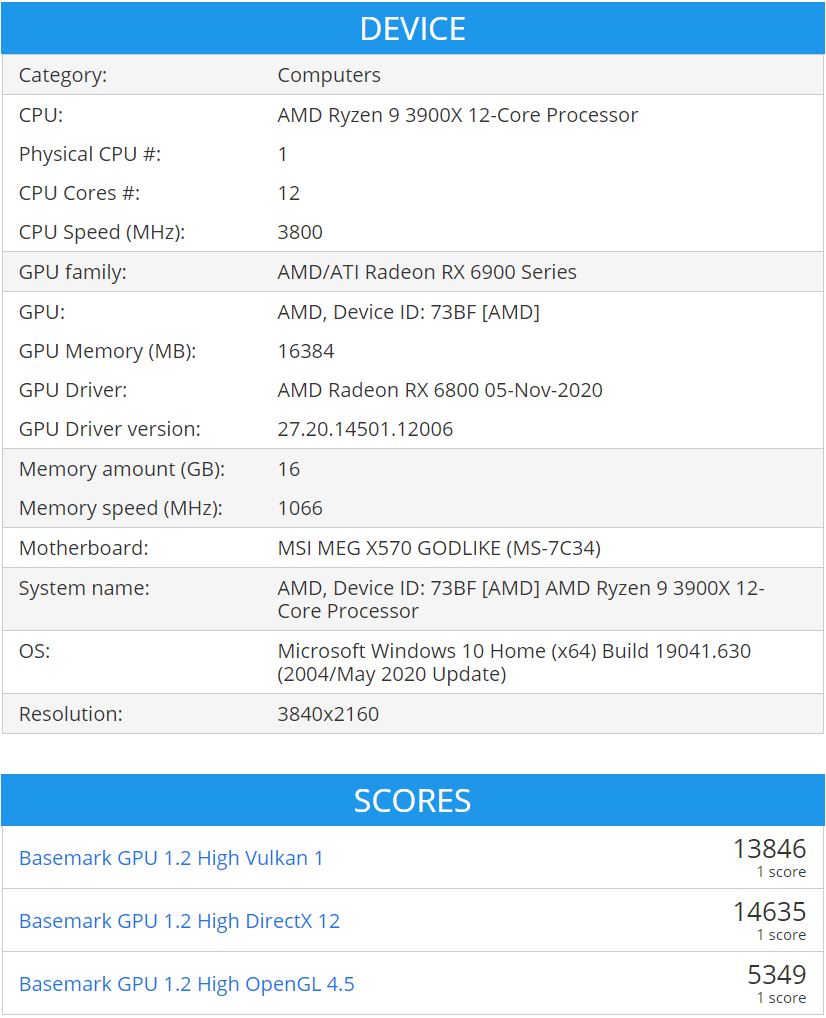 KitGuru says: What do you think of all the early performance leaks for the RX 6800? Are many of you planning on upgrading?