AMD officially announced the AMD Radeon RX 6900 XT Liquid Cooled Edition back in June, but at the time, the GPU was exclusive to OEMs. Now to cap off the year, AMD has begun supplying these graphics cards for the DIY PC market, with availability planned for retailers in Europe. 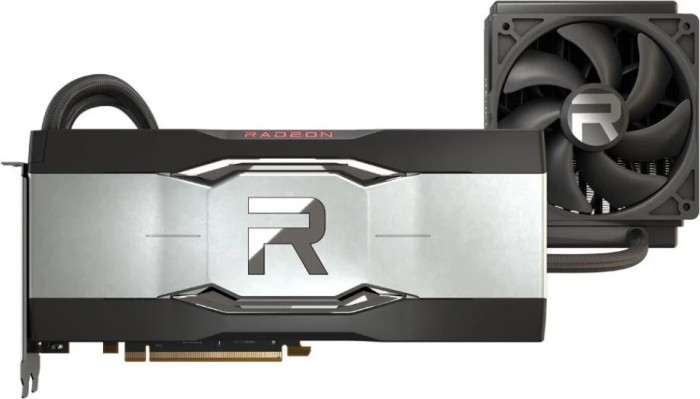 This isn't the first time we've seen this graphics card available on the DIY PC market. Soon after its reveal, VideoCardz spotted a few listings on Indian retailers, but considering the OEM exclusivity back then, they may have been in breach of an agreement with AMD. Two out of the three listings are still online, despite lacking the stock to fulfil an order.

Powered by the Navi 21 XTXH GPU, the Radeon RX 6900 XT Liquid Cooled Edition comes clocked slightly above the reference model, with a boost clock of 2435MHz. The 16GB of memory is also clocked higher than the reference card, at 18Gbps. These specs result in a small bump in the TDP to 330W.

KitGuru says: Assuming this is a limited edition graphics card, do you think the AMD Radeon RX 6900 XT Liquid Cooled edition price is fair? Would you consider one for yourself?