If you're still not convinced that AMD is refreshing the RX 6000 series lineup, the latest leaks should do the trick. This weekend, marketing material for three upcoming refreshed RX 6000 series GPUs leaked, including pricing and internal benchmark results from AMD ahead of next week’s launch.

Looking at the slide shared by VideoCardz, the Radeon RX 6950 XT be available starting from $1099 and the Radeon RX 6750 XT from $549. Both will be available on AMD.com, which makes us believe there will be a reference design, as well as custom cards from AiBs. As for the Radeon RX 6650 XT, that card starts at $399, however, a reference release might not take place, as the leak does not mention availability directly from AMD’s website. 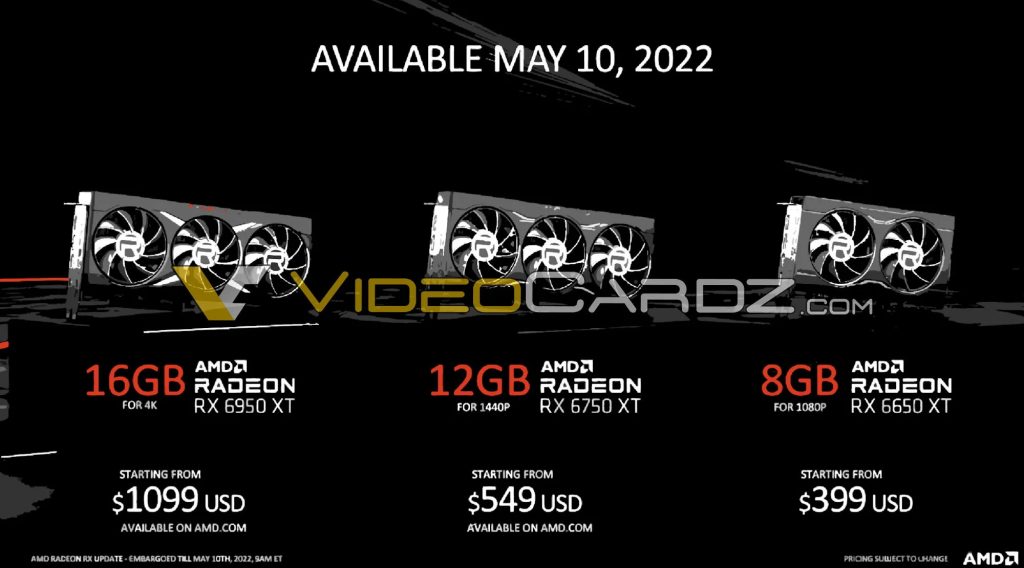 Lastly, the Radeon RX 6650 XT is only 2% faster than its predecessor. Compared to the RTX 3060, AMD claims to be 23% faster, but considering the RX 6600 XT was already faster than Nvidia's card, that's not surprising.

KitGuru says: Internal benchmarks are always interesting, but as always, it is best to wait for reviews to see a wider selection of games and other benchmarks. Assuming these leaks are as accurate as they seem to be, we should be getting official news and reviews next week.