Earlier this year, AMD introduced the Radeon RX 6500 XT as the new entry-level GPU for the RX 6000 series. Soon, an even cheaper, low-power option will be hitting the DIY PC market – the Radeon RX 6400.

As reported by VideoCardz, Gigabyte has recently submitted an entry to South Korea's RRA (Radio Research Agency), hinting at the release of the graphics card. Currently, the RX 6400 is exclusive to OEMs, but Gigabyte's RRA submission was filed on the 23rd of March, indicating custom-cooled versions of the GPU will be arriving soon from board partners. 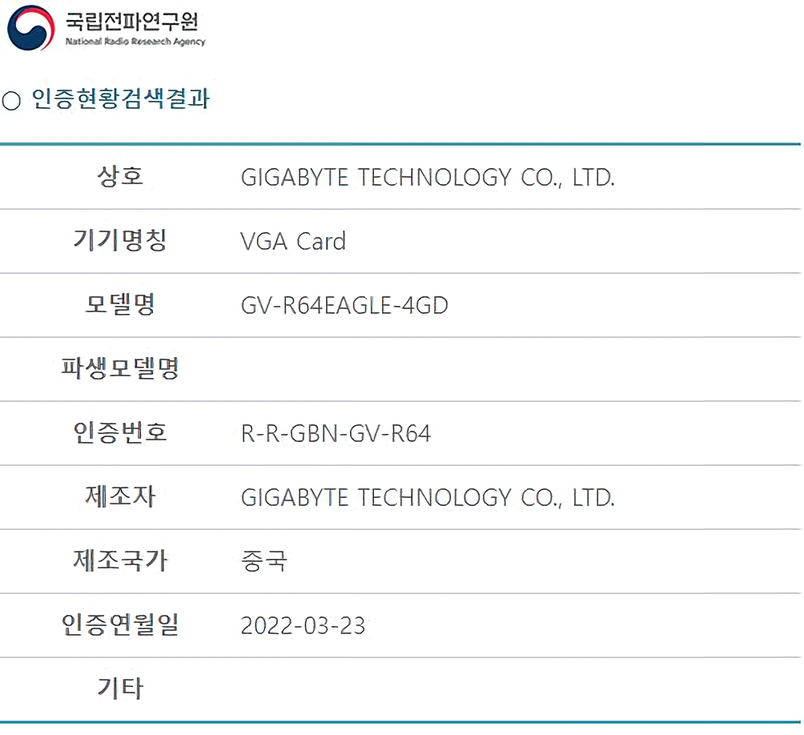 Reports claim the Radeon RX 6400 cards will be based on the 6nm Navi 24 GPU, featuring 768 stream processors clocked up to 2,321MHz (reference boost clock value) and 12 Ray Accelerators. The GPU will be accompanied by 4GB of GDDR6 memory clocked at 14Gbps on a 64-bit memory bus and 16MB of Infinity Cache. TDP is rumoured to be set at 53W, meaning you should be able to power it directly through the PCIe interface on the motherboard, without any power cables.

KitGuru says: The launch of the Radeon RX 6400 to the DIY market would bring another option for those looking for a basic discrete GPU.