Here’s all the new hardware AMD announced at CES 2022

Out of all CES 2022 keynotes, AMD seemed to have the most hardware-rich presentation, featuring new processors and GPUs for both desktops and laptops. Besides announcing a new Ryzen 3D V-cache processor, AMD also told us more about Zen4 and the AM5 socket, Zen3+ and Ryzen 6000 series mobile APUs and announced new Radeon desktop and laptop GPUs.

Contrary to most people’s predictions, AMD will be releasing a single Ryzen 5000 series processor with 3D V-cache, and that’s the Ryzen 7 5800X3D. Most of this processor’s spec sheet matches up with the Ryzen 7 5800X, but it packs an extra 64MB of V-Cache for a total of 96MB of cache. According to AMD, this is enough to bump gaming performance by up to 40%, despite the lower base (3.4GHz) and boost clock (4.5GHz) frequencies. 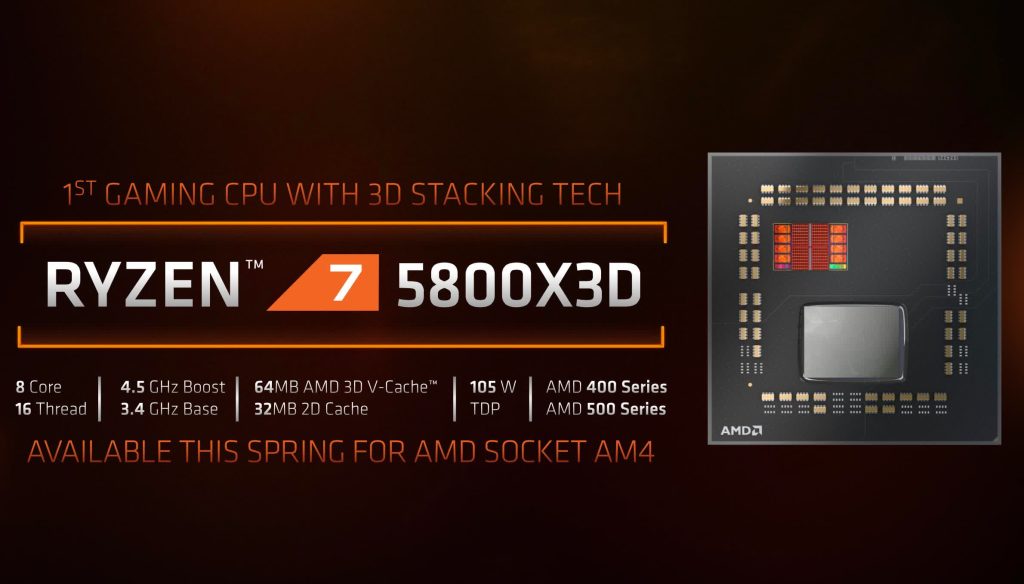 As for what else is coming from AMD to the CPU market, Zen4 (5nm) is coming later this year during the second half of 2022 alongside AMD’s new socket, the AM5 (LGA1718). AM4 coolers will be compatible with the new socket, and the new platform also brings support for DDR5 memory and PCIe 5.0. 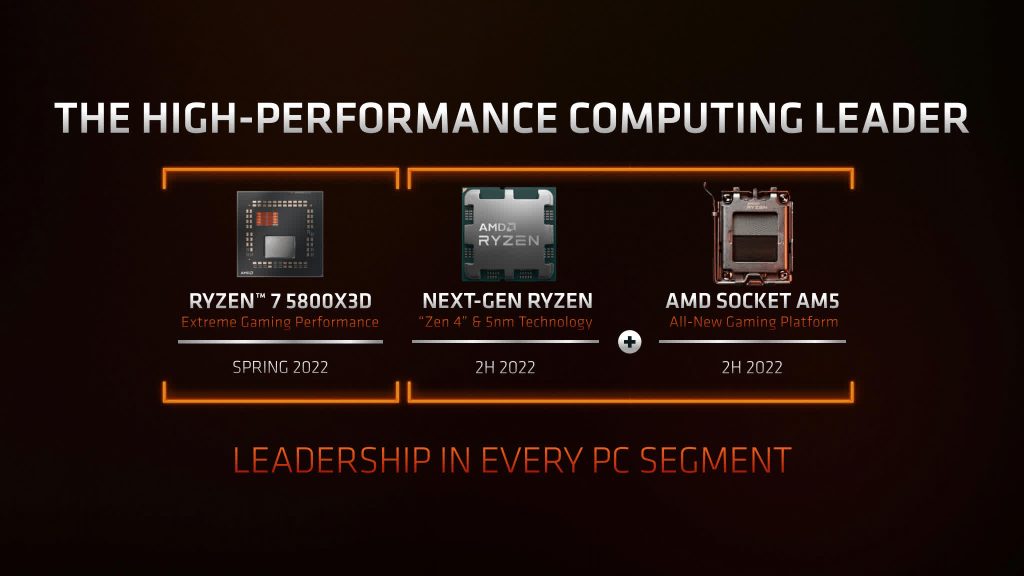 Moving to the laptop segment, AMD announced the Ryzen 6000 series APUs. Based on the TSMC N6 node, the new Ryzen mobile APUs feature up to 8x Zen3+ cores with SMT, RDNA 2 graphics and over 50 power management features for increased efficiency and performance. These processors will run on a new platform that brings 16x PCIe 4.0 lanes, support for USB4, DisplayPort 2 and HDMI 2.1 ports, Wi-Fi 6E and BT LE 5.2 connectivity and AV1 hardware decode capabilities.

The CPU part of these APUs hasn’t changed much from its predecessors. After all, Zen3+ is just an upgrade over Zen3 with support for DDR5/LPDDR5 memory. However, the GPU section of Ryzen 6000 APUs is entirely different. Moving from the Vega architecture to RDNA 2 graphics is a considerable leap, but what’s more interesting are the features it brings with it, including ray tracing support. From Ryzen 6000’s iGPUs, you can expect 2.4GHz frequency, up to 50% more bandwidth than its predecessor and 2x times the amount of L2 cache. 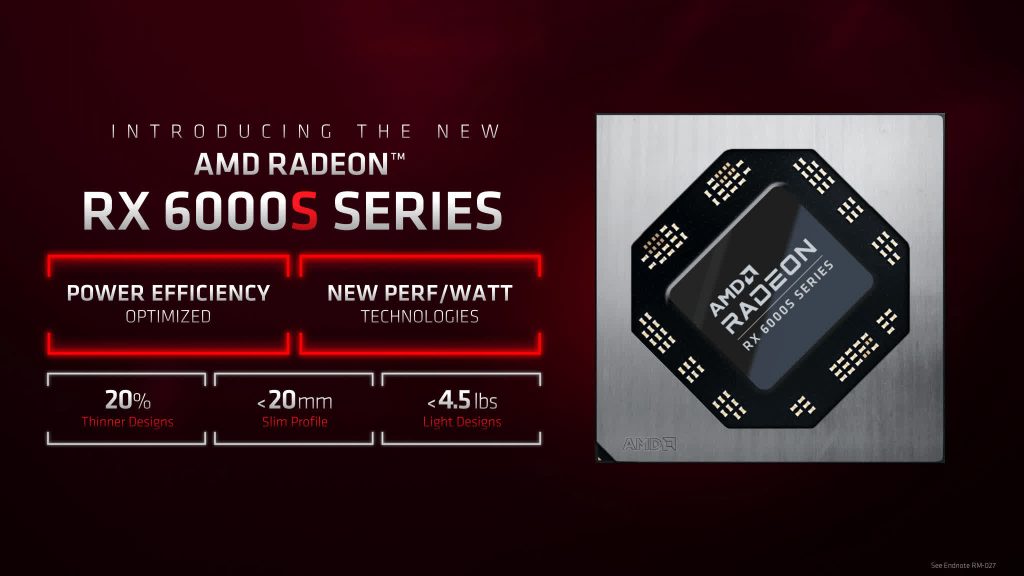 Besides the Radeon RX 6500XT, AMD also announced the RX 6400. This GPU features 12 CUs (Navi 24 XL) with 768 stream processors that can clock up to 2,321MHz. In addition, there’s 16MB of Infinity Cache and 4GB of GDDR6 memory clocked at 16Gbps across a 64-bit memory bus. The DIY PC market shouldn’t see this card available as it will be exclusive for OEMs.

KitGuru says: Out of all the AMD announcements, which one interested you the most?