According to the table shared by VideoCardz, Intel will be releasing five new SKUs distributed across three different series. First, we have the Arc 3 series aimed at entry-level systems and includes the A350M and A370M. Then, there's the Arc 5 series for mid-range systems, which only features the A550M. Lastly, the Arc 7 series has the A730M and the A770M. 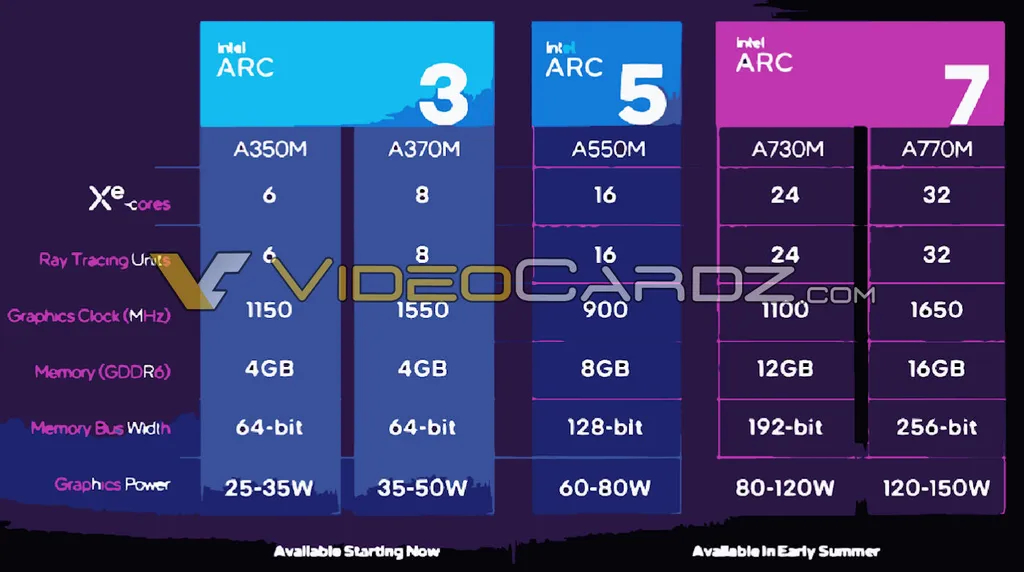 As per the slide, the Intel Arc 3 series will launch immediately after the publication of the presentation, possibly later today. The Arc 5 and 7 series mobile GPUs are coming in early summer.

KitGuru says: Intel's mobile GPU line-up is finally on the way, although we will be waiting a few more months to see the top-end GPUs in action, assuming this leak is accurate.