Intel Arc “Alchemist” graphics cards are just a couple of months away from launching. Earlier this year, we saw the first renders for Intel's reference design graphics card, and now, we have actual photos, showing the high-end DG2-512EU GPU, as well as the entry-level DG2-128EU desktop graphics card.

Moore's Law is Dead is back with another set of Intel Arc leaks, this time showing photos of the DG2-512EU GPU, which will come with a dual-fan cooler, and the DG2-128EU GPU, which has a single-fan cooler. Looking at the pictures, these appear to be Intel's reference designs for these graphics cards, or at least prototypes of them. 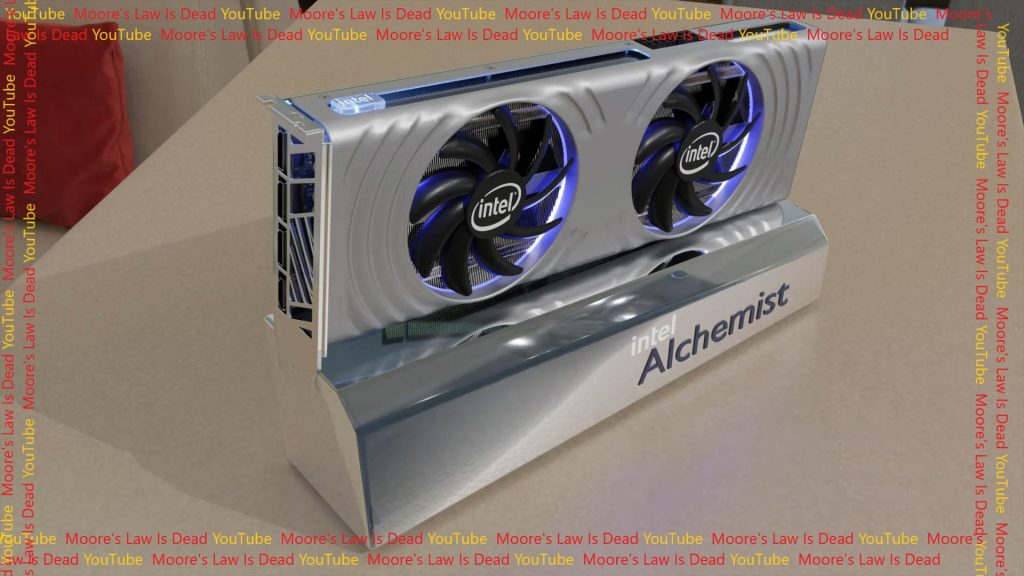 In the photo showing the back of the DG2-512EU GPU, we see that the PCB is black, but it lacks the backplate shown on previous renders. However, the shroud looks extremely similar, and the power connectors match those of the render. Moreover, the fan blades of the card shown in the photos look wider than the ones on the rendered GPU.

KitGuru says: Whether or not Intel releases reference design GPUs still remains to be seen, Intel could choose to give board partners the green light to jump straight to custom-cooled cards. What do you think of this alleged reference design for Intel's upcoming GPUs? Would you buy one?