The AMD GPU Linux driver was updated with 17 new PCI IDs for RDNA 2 graphics. It's not clear what these PCI IDs refer to, but combining this news with other rumours, a GPU refresh seems be a possibility.

At this point, adding new SKUs to the Radeon RX 6000/6000M series wouldn't make much sense. This series already features multiple SKUs aimed at gaming and workstations in both desktop and laptop form. However, as reported by Phoronix, 17 new PCI IDs were found on the AMD GPU Linux driver. Out of these 17 entries, 5 are Sienna Cichlid (Navi 21) GPUs, another 5 are Navy Flounder (Navi 22) GPUs, and the last 7 are Dimgrey Cavefish (Navi 23) GPUs. That is quite a lot, considering the Radeon RX 6000/6000M series already features so many SKUs. 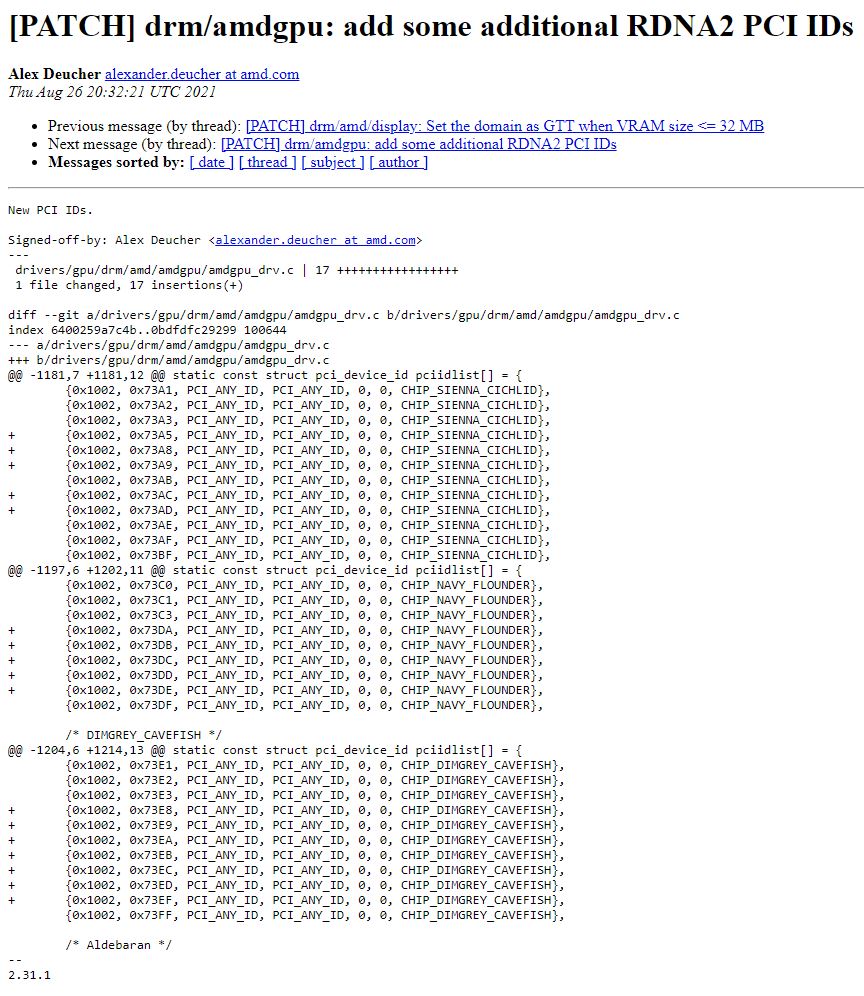 It hasn't been confirmed what these entries refer to, but some possibilities include the rumoured 6nm refresh of the RDNA 2 graphics, engineering samples, or custom-designed models for partners. Out of these three, the first seems the most likely, as we've already heard rumours that the Radeon RX 7000 series would feature some refreshed RDNA 2 GPUs.

KitGuru says: Now that these PCI IDs have been discovered, it is likely that they'll be spotted again elsewhere, which should give us the chance to learn a bit more about them.