The initial 3DMark Time Spy scores of the RTX 40 series mobile GPUs have been shared online, giving us the first glimpse at the performance gains they will bring over the previous generation. Overall, performance gains seem to vary between 30-50% over their RTX 30 series counterparts.

The Time Spy scores shared by Wccftech suggest the upcoming Nvidia RTX 40 series laptop GPUs could be a worthwhile upgrade for laptop gamers. Even if these are just the results of a synthetic benchmark, it should be enough to get an idea of how the new mobile GPUs will compare against the RTX 30 series laptop GPUs. Currently, it appears sources are uncertain about the top-end RTX 40 mobile GPU, with some referring to it as an RTX 4090, while others refer to it as an RTX 4080 Ti. 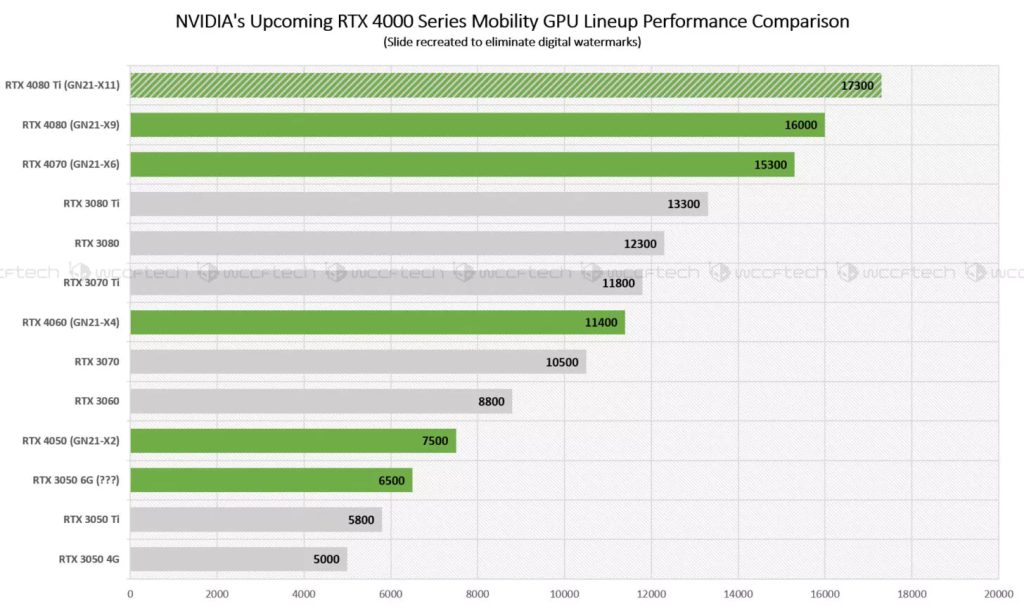 Nvidia has not officially announced its next-generation laptop GPUs yet, but the company will be holding a keynote during CES in January, so we might see the first official details revealed then.

KitGuru says: It is likely that Nvidia's new laptop GPUs will also benefit from improved ray-tracing cores, and DLSS 3 support to further enhance performance. With that in mind, these tests don't paint a complete picture, but if accurate, the results do give us some early comparisons.