It seems that PowerColor will be the first AMD AIB partner launching a Radeon RX 5700 GPU in the Mini-ITX form factor. This means Powercolor will also be the first to bring the Navi 10 GPU to small form-factor (SFF) builds.

According to Hermitage Akihabara (via Tom’s Hardware), the new PowerColor Radeon Rx 5700 ITX comes with a 2-slot single-fan design (80mm fan), measuring 175 x 110 x 40mm. The shroud is black matte, and the aluminum heatsink comes in contact with the GPU through four 6mm copper heatpipes.

Due to its cooling limitations and compact size, the GPU and memory come clocked at the expected reference values. These values are 1465MHz for base clock, 1625MHz for gaming clock, and 1725 MHz for boost clock, while the memory comes clocked at 14Gbps (GDDR6). Although limited in cooling capabilities, there’s an “idle-fan-off” feature to stop the fan when the card is running at low temperatures. 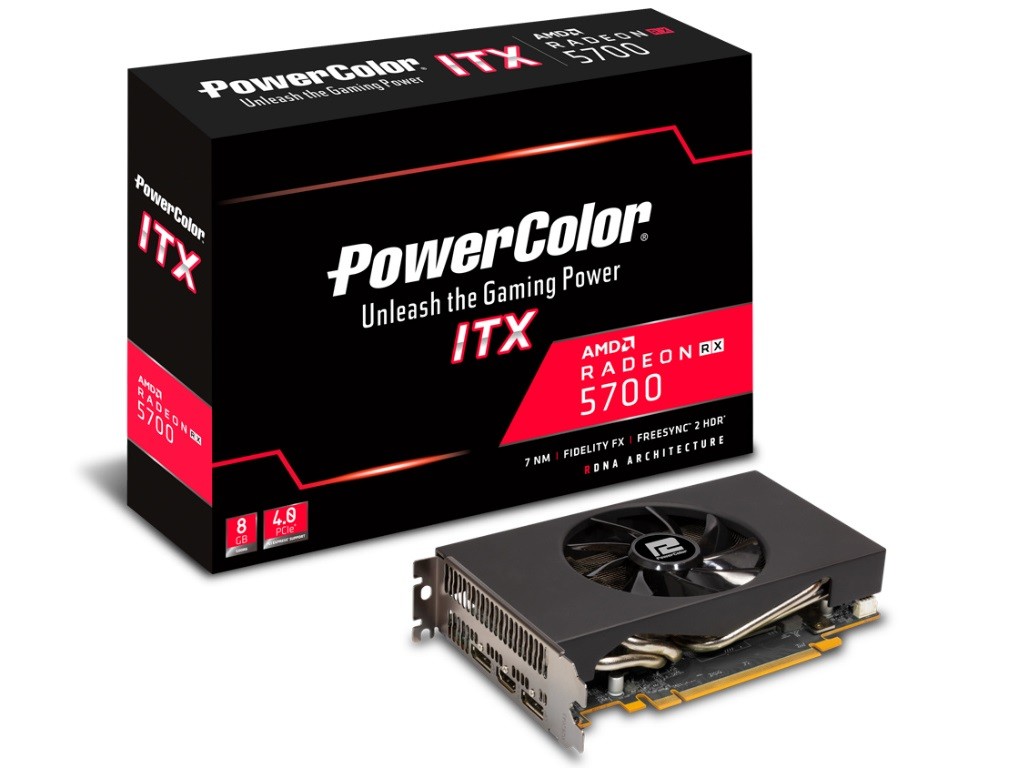 Regarding the graphics card’s available display outputs, there are 1x HDMI 2.0 port and 2x DisplayPort 1.4. This card has a single auxiliary 8-pin PCIe connector to power itself, and PowerColor recommends a 600W PSU.

The PowerColor RX 5700 ITX was launched on the 20th of December in Japan, for roughly $400, and comes with a 2-year warranty, and it seems that it may be exclusive to the Japanese market. There were no details about price and availability for the EU or the US.

KitGuru says: What do you think of this little card? Would you buy it for and SFF build?