The EVGA RTX 3090 “K|NGP|N” had its power target reaching up to 141% and was overclocked, reaching a core clock of 2580MHz and a memory clock of 21.5Gbps. This is a 52% improvement over the stock boost clock of the RTX 3090, and 10.3% higher clocked than the stock 24GB of GDDR6X memory of the RTX 3090. This boost in frequencies resulted in a score of 16673 points in the 3DMark Port Royal benchmark, setting a new world record on this benchmark. 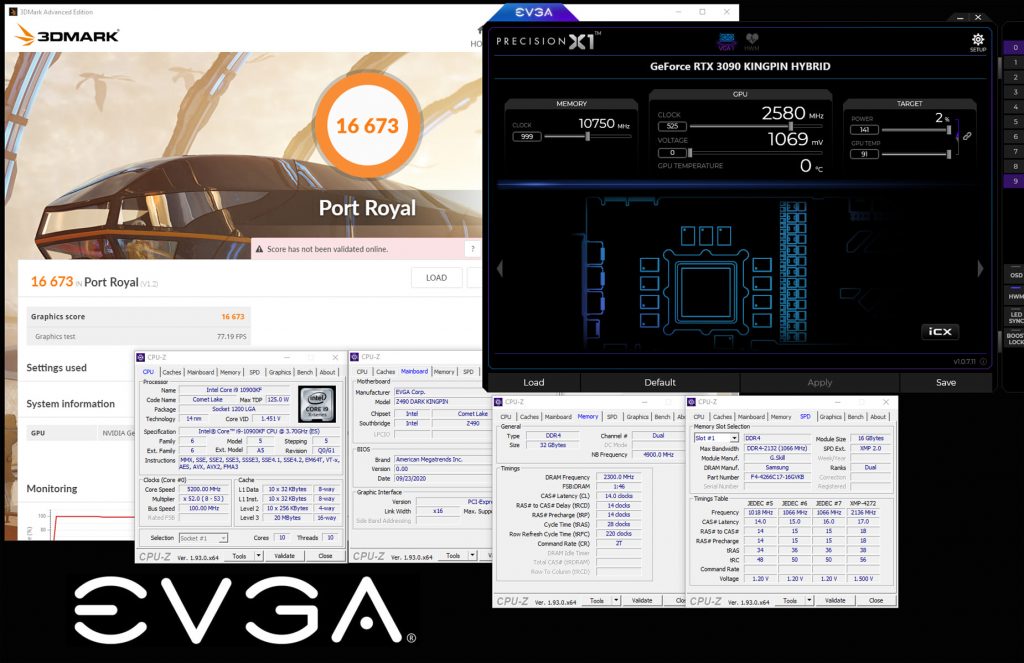 As per @EVGA_JacobF, this graphics uses a hybrid system with a 360mm AIO cooler and a blower-like shroud, and an RGB OLED screen. Unlike the FE cards which use the new 12-pin power connector, this graphics card is powered by 3x 8-pin PCIe power connectors to deliver up to 525W, theoretically.

The EVGA RTX 3090 “K|NGP|N” isn't available yet, but according to Vince Lucido the new GeForce “K|NGP|N” graphics card will be available sooner than in previous generations.

KitGuru says: Are any of you looking to get an EVGA RTX 3090 “K|NGP|N” for overclocking?