AMD has introduced a new feature for its latest driver release, Radeon Crimson Edition 16.10.1, that will be of benefit to anyone running more than one AMD graphics card. It's called Frame Pacing and when DirectX 12 games can take advantage of it, it should make the overall experience much smoother.

Frame pacing comes in to play when using alternative frame rendering, or AFR, to split the workload between GPUs. This allows the first to render one frame, and the second the next, alternating back and forth – hence the name. 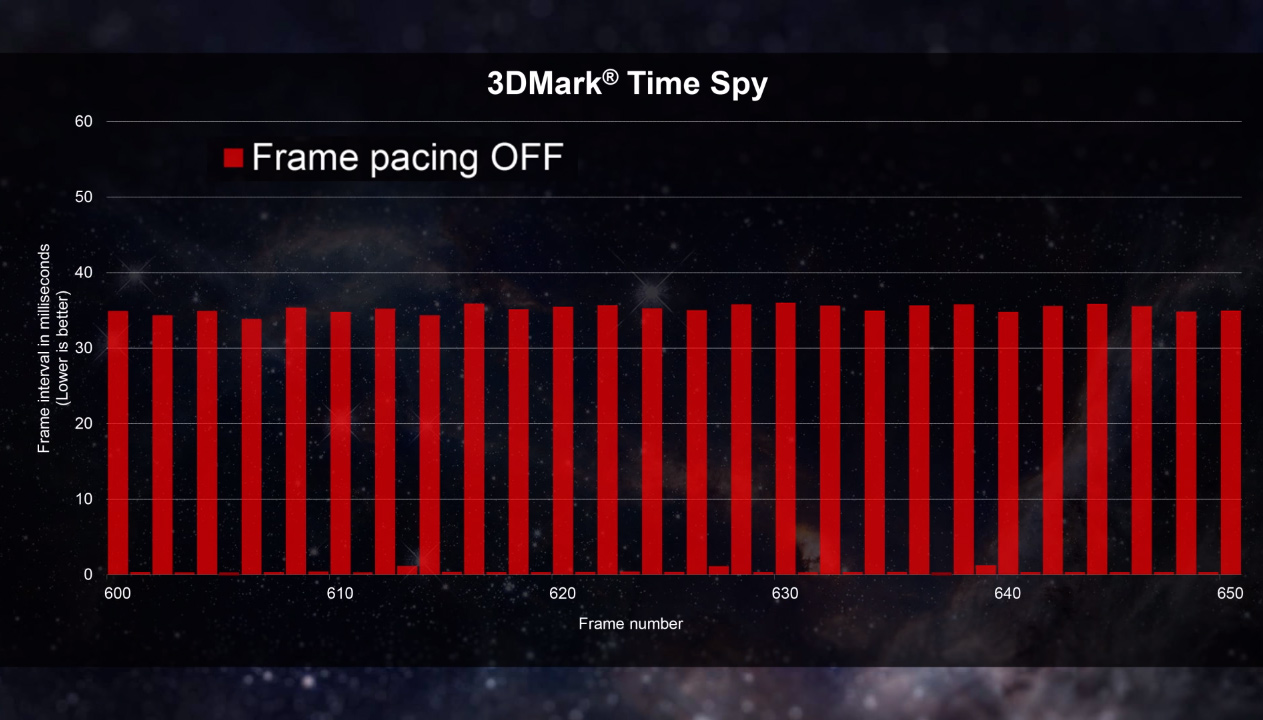 The problem of course though, is that some frames take longer to render than others, due to the complexities of the engine, or what is being shown on screen at any one time. So how do you prevent that from leading to stuttering or incomplete animations? The answer from AMD's end of things, is frame pacing.

Essentially it's a software algorithm that detects when there are discrepancies in GPU rendering and corrects them, ensuring that frames are delivered at the appropriate times, to give a smooth experience.

But don't take our world for it, here's ex TechReport head Scott Wasson, to explain it:

Of course this is a feature that will require support under DirectX 12. AMD mentioned titles include 3D Mark: Time Spy, Rise of the Tomb Raider, and Total War: Warhammer. It will be interesting to see if this feature has much of an effect in games which use different crossfire rendering modes.

KitGuru Says: Any of you multi-GPU users think this will help improve the smoothness of your gaming experience?