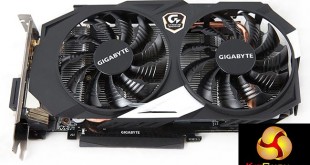 Nvidia have experienced great success with their Maxwell architecture – cards such as the GTX750ti impressed my colleague Allan when he first analysed them back in February 2014. At prices around £100 the GTX 750ti firmly targeted the budget gamer working with a restrictive budget. If you have a bit more cash on hand then the recently announced GTX950 is priced between the GTX750ti and GTX960 – targeting AMD’s R7 370. Today we look at the modified, highly overclocked Gigabyte GTX950 Xtreme Gaming partner card. 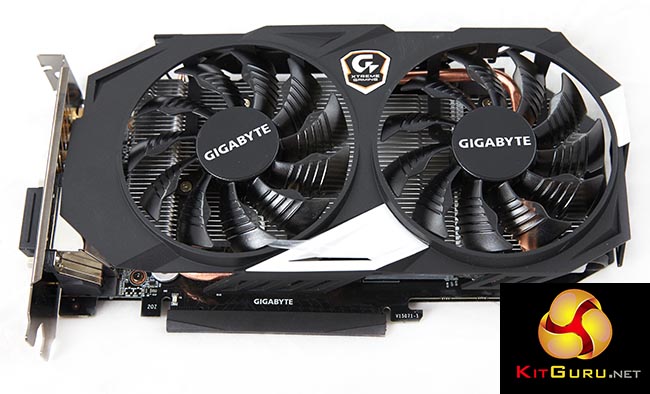 The Gigabyte GTX950 Xtreme Gaming 2GB incorporates dual, ridged fans with the company logo visible in the centre. The white racing stripe adds a bit of pizazz to the black.

Clock speeds for the GTX 950 are sliced by comparison to GTX 960 frequencies. The reference core clock is rated at 1024MHz, with a maximum boost speed of 1188MHz. The 2GB of GDDR5 memory is rated to run at 1650MHz (6.6Gbps effective) to produce a bandwidth level of 105.6GB/sec. With that said, most board partners will be unlocking the GM206 core’s overclocking potential and shipping their cards with higher, factory-overclocked frequencies. Gigabyte are a case in point today, for instance.

Previous Apple double-sources its A9 chips from Samsung and TSMC
Next Bring your coat, Ark: Survival Evolved has gone all wintery