Bring your coat, Ark: Survival Evolved has gone all wintery

Actually living through a game of Ark: Survival Evolved would be pretty terrifying. Finding yourself on an island populated by creatures that want to eat you, people that want to kill you and the ever present danger of eating your own poo and dying from disease. Still, at least it’s warm, so if you can get enough to eat it has a whiff of tropical paradise about it; not after the next patch. In Patch 216, players will be faced with winter climates, where warm clothing is required and wooly mammoths can be hunted down for food and resources. 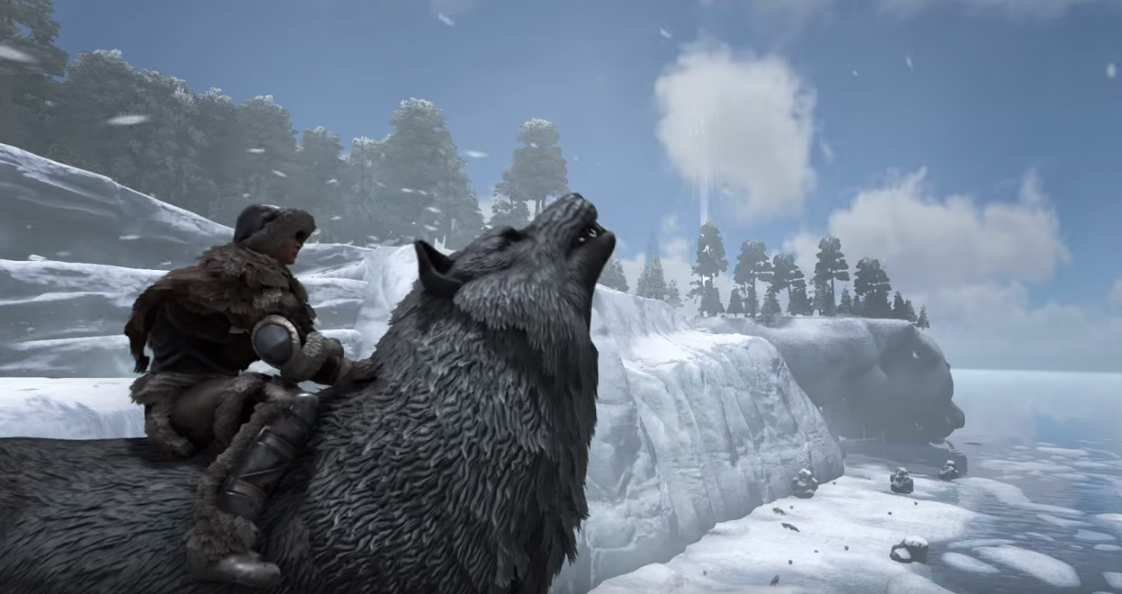 The snowy biomes are as deadly as they are chilling, with giant  Direwolves that of course, players can tame and ride, which is the first thing many will do. However there’s also large reindeer like creatures called Megaloceros, which looks like they come right out of the third Hobbit movie.

However as difficult to survive as the frozen wastelands are, insects are at least at a minimum. That’s not so in the new swamp biome, where there are giant bugs, giant amphibians, reptiles and more to contend with. The new ridable Beelzebufo is an interesting addition. A monstrously huge frog, which players can ride and use to leap high and far, making new areas more accessible than ever before.

Additional changes include a raising of player and creature level caps by five, a few bug fixes and tweaks, and the addition of new furniture items. Full patch notes can be read here.

KitGuru Says: How are you guys finding Ark as it ‘evolves’ towards a complete version? Is it holding up?