Right now, AMD is focusing on dominating the mid-range GPU market with the launch of the RX 480, with the RX 460 and RX 470 set to also hit the market soon. However, there will be higher-end cards on the way eventually and this week, AMD accidentally outed the RX 490 on its website briefly.

The listing wasn't up for long but the evidence was preserved by a user on Reddit beforehand. The RX 490 was listed as a card eligible as part of a key redeem program, which is running between February and the end of December this year, suggesting that perhaps the RX 490 will come out in 2016. 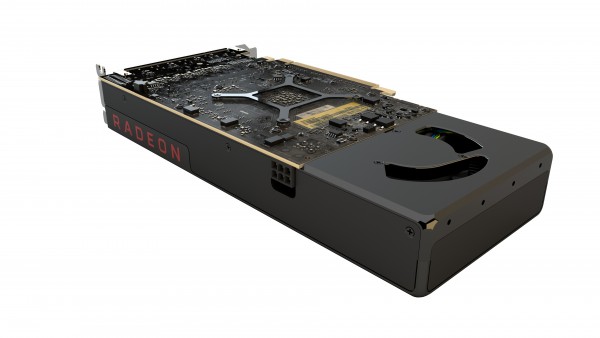 Interestingly though, there is some talk of the RX 490 possibly being a dual-GPU card, featuring two full-blown Polaris 10 chips on a single PCB. This rumour (via wccftech) is based on Zauba listings and the fact that the board that is currently believed to be the RX 490 has a similar codename and value to the test board for Gemini, which went on to become the Radeon Pro Duo. It isn't much to go on so don't put too much stock in that rumour.

The reasoning behind the RX 490 not being a Vega GPU hinges on the fact that certification for the board came prior to AMD hitting its Vega milestone recently. Once again, keep in mind that a lot of this is speculative and far from being fact right now.

KitGuru Says: While AMD launching an RX 490 would not be surprising news, making it a dual-GPU would seem like an odd step. After all, it seemed like AMD was taking a step back from dual-GPUs with the Radeon Pro Duo, which was only made available through very select channels and geared for professional use, rather than consumer use. Either way, most of this is speculation for now, the only thing we really know is that AMD's accidental listing points towards an RX 490 existing, beyond that, we will just have to wait and see.