AMD claims that the Instinct MI100 accelerator is the world's fastest HPC GPU and the first x86 server GPU to surpass the 10 teraflops performance barrier. The new GPU is built on the AMD CDNA architecture, enabling higher performance for HPC and AI. In all, the GPU is rated for up to 11.5 teraflops of peak FP64 performance and up to 46.1 teraflops  peak FP32 Matrix performance. 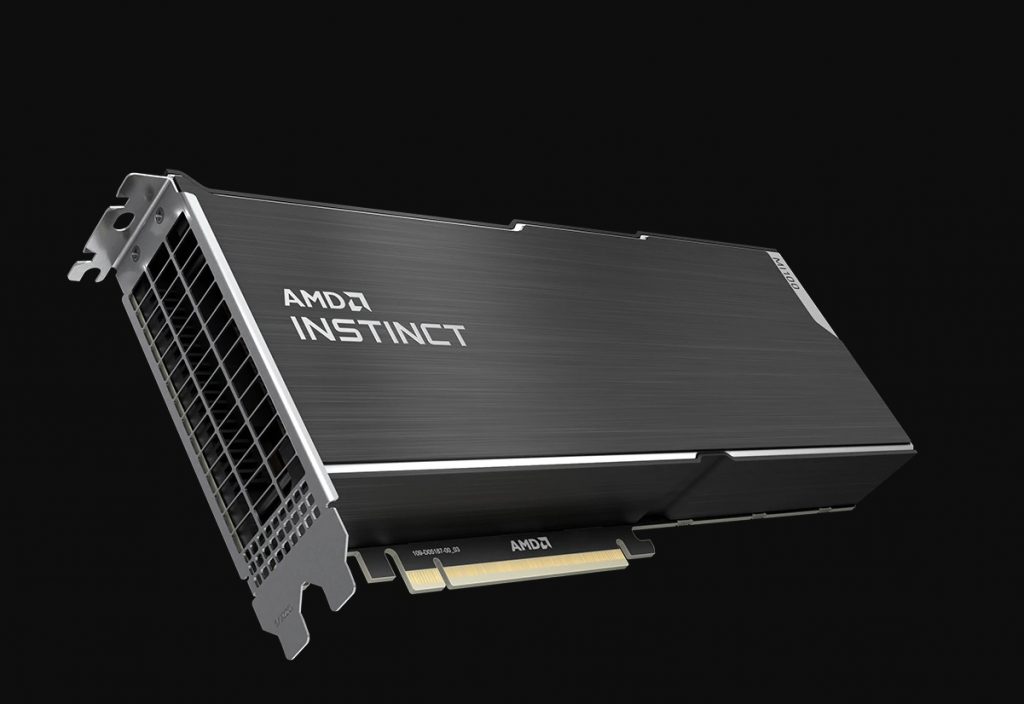 Here is the spec sheet for the AMD Instinct MI100:

As you would expect, this GPU does feature 32GB of HBM2 memory, clocked at 1.2GHz to deliver 1.23 TB/s of memory bandwidth. It also supports PCIe Gen 4 and AMD Infinity Fabric, allowing huge peer-to-peer performance and bandwidth gains.

KitGuru Says: AMD is gearing up to be a big part of the push towards exascale computing. Perhaps we'll start to see AMD's professional GPUs achieve similar success to AMD's EPYC CPUs.