While the ASUS ROG Strix GPU cooler is usually praised, it would seem that the version found on RX 5700-series graphics cards has been having some issues keeping temperatures in check. Asus has responded to those concerns this week, pinning the issue on AMD's own guidelines for cooler mounting and offering customers a fix.

According to Asus, AMD's recommendation for the PSI range (pressure between cooler and GPU) was off, causing higher than expected temperatures. After receiving reports from customers, Asus performed “extended R&D testing to find the optimal PSI range” for ROG Strix RX 5700 graphics cards. You can see the adjustment in the graph below, with AMD's recommendation reportedly sitting in the 30-40 PSI range, while the Strix cooler needs to be closer to 50-60 PSI for improved heat transfer from the GPU to the heatsink. 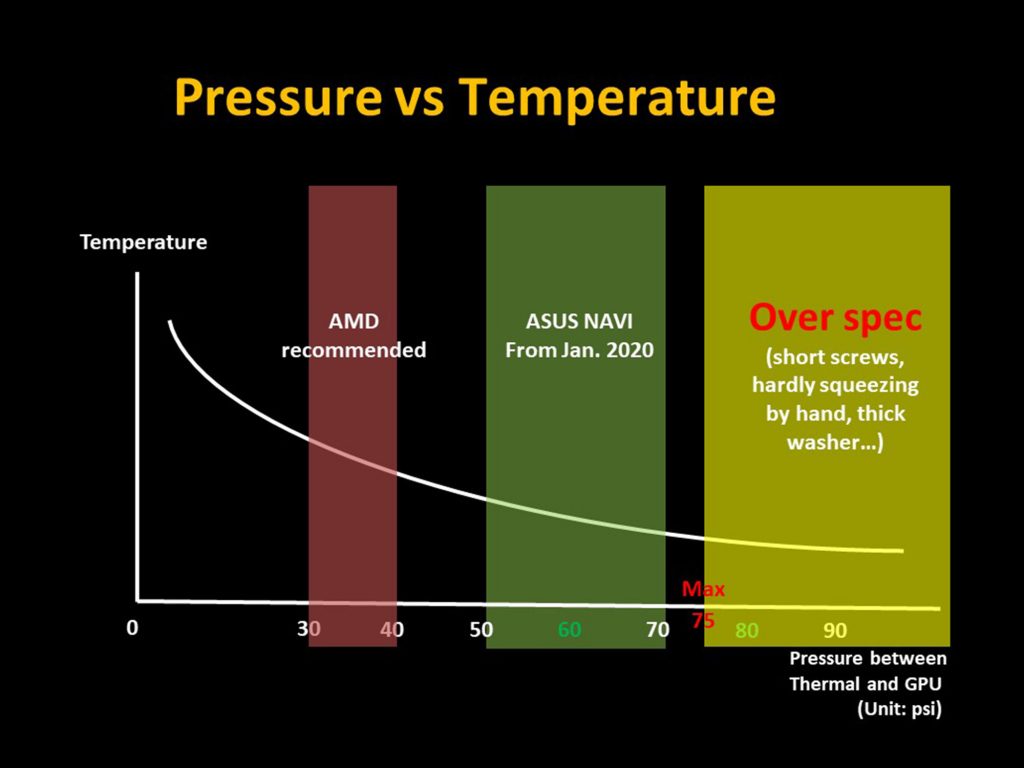 As of January 2020, all ROG Strix Radeon RX 5700-series graphics cards ship with new screws in place to increase mounting pressure between the cooler and GPU. However, those that already own an ROG Strix RX 5700 GPU contact ASUS customer service to get the upgrade performed for free starting in March 2020. You can determine if your model is eligible, HERE.

We contacted AMD to see if they had any response to to this story but the company has no comment at this time. We will update this story if that changes.

KitGuru Says: Currently, ASUS seems to be the only custom-cooled GPU manufacturer to face this issue. We'll keep an eye out in case others have faced similar issues but for now, it doesn't seem to be impacting the competition.