Asus is turning 20 this year and in order to celebrate the occasion, it is launching a 20th Anniversary Gold Edition graphics card, more specifically, a GTX 980Ti. Asus has gained a lot of experience with GPUs over the years, with several excellent custom cooler designs under its belt. This GTX 980Ti will use the same cooler featured on the GTX 980Ti Matrix Platinum, with two fans for air cooling and a backplate.

As with other GTX 980Tis, this card will feature 6GB of VRAM, 2816 Cuda cores and a 384-bit memory interface. The core has an out of the box overclock of 1266MHz and a boost clock of 1367MHz, making this one of the fastest after market solutions available. 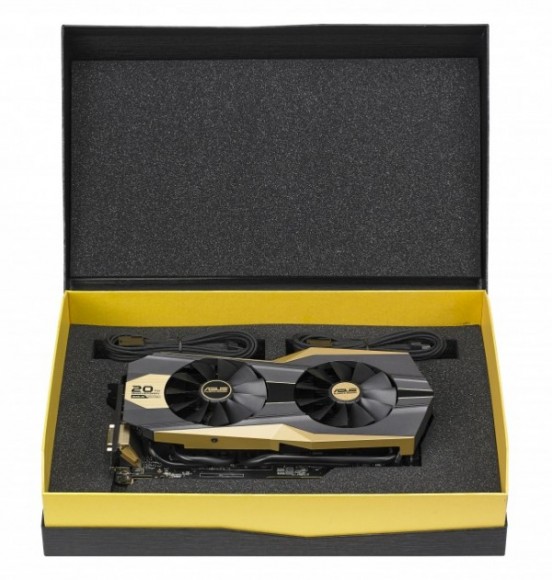 As you can see from the image, the card is quite a looker, well in my own opinion at least. This is a limited edition release, so it is only really meant for big fans of Asus, the pricing will also reflect that. The 20th Anniversary Asus GTX 980Ti will be available within the next couple of weeks for £719.99. In the box, you'll get the card, and a golden 20th anniversary mouse pad to match.

KitGuru Says: Asus has released some great after market graphics cards over the years. Do any of you own any limited edition hardware?