With AMD’s announcement of the RX 5600 XT last night, the doors have opened for board partners to start announcing their custom cooled versions. We’ve already seen the Sapphire Pulse announced here at CES 2020 and now, MSI is bringing two additional cards to the lineup- the RX 5600 XT GAMING X and RX 5600 XT MECH. 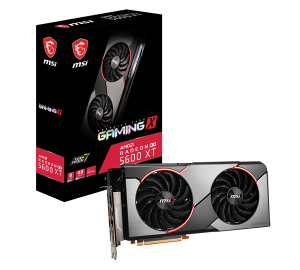 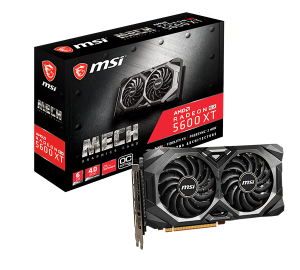 Of course even at stock speeds, custom-cooled graphics cards bring their own set of advantages. The custom cooler found on the MSI GAMING series uses a compacted square heat pipe design for even faster heat dissipation, while metal backplates add aesthetic value in addition to some extra durability/rigidity to the graphics card.

On the MECH series, you will find an upgraded version of the MSI Ventus cooler, with a steel grey colour scheme and two TORX 3.0 fans to keep the GPU core cool.

The RX 5600 XT is due to launch worldwide on the 21st of January. MSI’s new RX 5600 XT GAMING and RX 5600 XT MECH graphics cards will be available on that same date with pricing TBC.

KitGuru Says: The new MSI GAMING coolers in particular look very nice. Are any of you planning on getting an RX 5600 XT? What do you think of the custom-cooled versions from MSI so far?