There are many add-in board partners in the world of graphics cards, some more popular than others. One you may not have heard much about is Colorful, who surprised us all over the weekend with the announcement of the new iGAME GTX 1080 Kudan- a four slot GTX 1080 with a monstrous hybrid cooler, providing both air and liquid cooling. 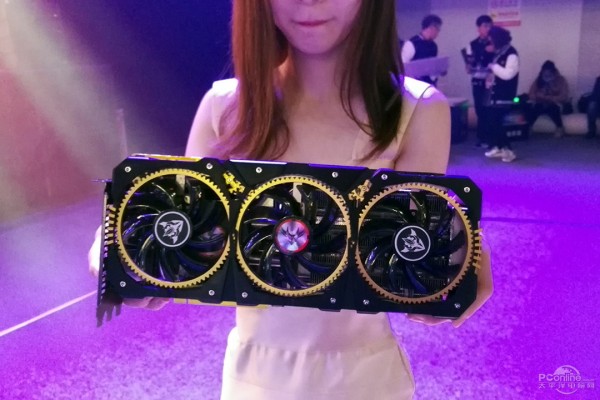 From the front, the iGAME Kudan seems like a regular, triple fan GTX 1080. However, once you turn it on its side you will notice the massive heatsink sitting underneath. 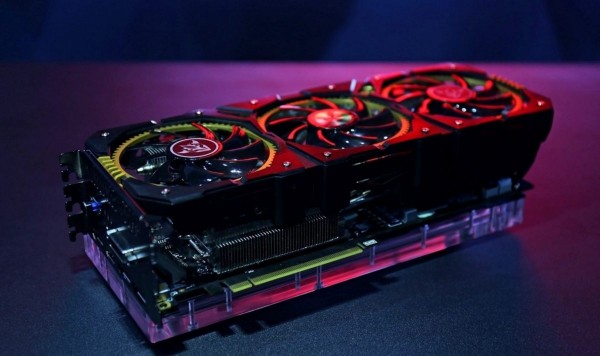 You will also notice that the backplate isn’t really a backplate at all… it’s actually a thick water block. This will provide even further cooling to Nvidia’s ultra-efficient Pascal GP104 core. This card does come with a custom PCB and dual 8-pin power connectors, so this card is clearly aimed at those looking to push things to the limits. However, its stock speeds are relatively tame compared to the cooler, with a boost clock of 1936MHz, which is similar to the boost clocks found on the ASUS STRIX and Gigabyte XTREME cards.

This GPU also comes with an OC-button to switch between BIOSes, so you could have one set up for while the card is on water and another set up for just the air cooler on its own.

The Colorful iGAME GTX 1080 doesn’t have an exact price or release date yet but it is expected to start shipping in either December or January.

KitGuru Says: As intriguing as it is to see such a massive GPU, I would have expected to perhaps see some slightly higher boost clocks given the custom design and monster heatsink/water hybrid cooler. Still though, it will be interesting to see how far this card can be pushed and what the temperatures are like. Have any of you ever owned a triple slot of quad slot graphics card? Would you rather have a bulky cooler like this, or do you prefer sleeker dual-slot designs?

Previous Apple to introduce ‘iPhone Pro’ in 2017 with curved OLED display
Next CS:GO now has aesthetic glove options and unlocks too