CS:GO now has aesthetic glove options and unlocks too

It’s probably a good thing that Valve helped crack down on Counter Strike: Global Offensive skin gambling earlier this year, as it’s just introduced a bevy of new aesthetic items that many more people would have been wagering if it hadn’t. Gloves! They’re the new gun skins and come in a variety of colours and styles.

“The Glove Case,” update includes 17 community-designed weapon skins and introduces new Steam Group Lobbies, which should make it easier for teams of CS:GO players to find opponents. However the update that’s turned the most heads is the introduction of custom glove skins (thanks PCG).

There’s desert and urban camo options, harlequin patterns, sci-fi-like colour schemes and even different materials, mixing up synthetic fibres with more classic leather. The idea is there should be something for everyone and they’re included as Special Items in the Glove Case. 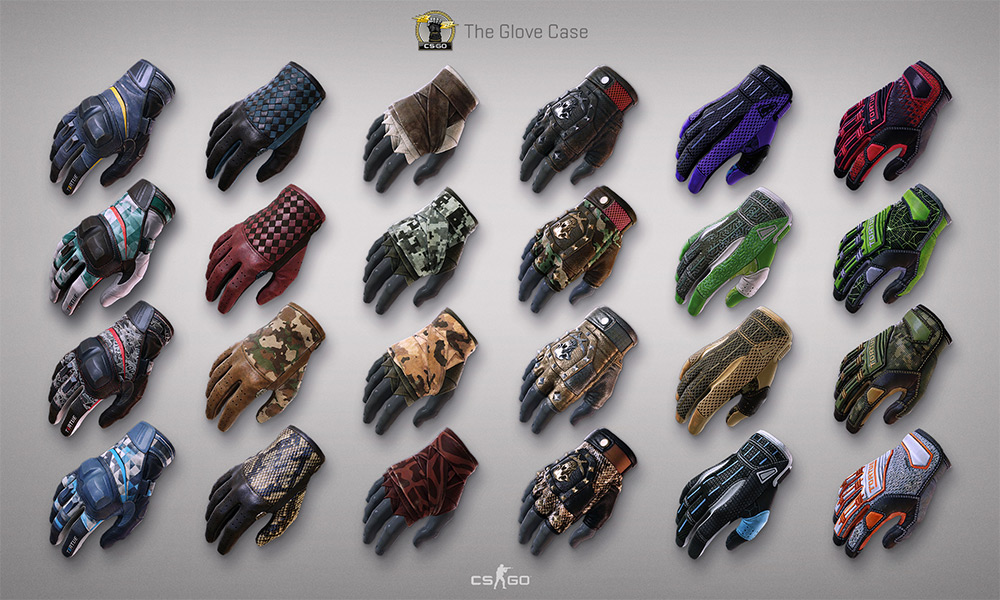 No doubt the acquisition and trading of these cosmetic items will prove a viable path for Valve to generate additional funds. If it doesn’t want third party sites to get involved though, it will need to be vigilant, as there are already some trying to flog these purely aesthetic items for more than £200.

Also added in this update are new additions to the Music Kit, including tracks from artists like Beartooth, Twin Atlantic and Skog.

KitGuru Says: I’ve never been a huge skin guy, but I was known to buy the odd one for my favourite League of Legends champions back in the day. What about you guys? Do you spend money on in-game skins?