Deus Ex: Mankind Divided has been out for a couple of weeks now and as we discovered at launch, the game can be quite demanding on PC hardware. If you have been struggling to run the game, then you might be in luck as today, the DirectX 12 beta update is launching, which should allow some users to squeeze out some extra performance.

Right now, the DirectX 12 update is in beta, so in order to unlock it you need to select the game on Steam, go to properties and opt-in to the update. From there, you should be able to load the game in DirectX 12 mode, but as the patch notes point out, this update may not be beneficial to all systems. 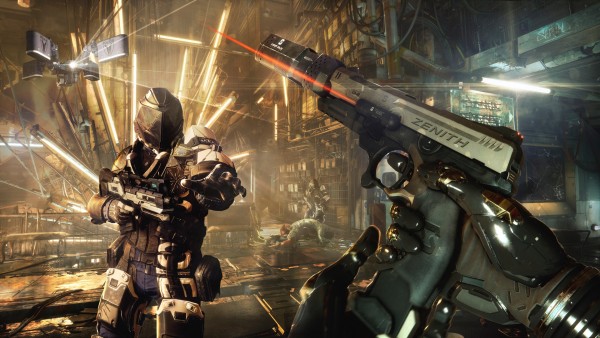 The update does not bring multi-GPU support just yet, so that is still in the works. You should also double check your drivers are up to date before playing. AMD did release a driver update today to specifically support this Deus Ex update but at the time of writing, Nvidia has not released an update but that could change by the time you read this so check anyway.

For those running high-end graphics cards, the DX12 beta does have one known bug that causes the game to run worse compared to DirectX 11, so if you are running the latest and greatest, then you may not see a benefit for now.