AMD is set to launch the RX 480 very soon but it looks like Nvidia won't be too far behind with a mid-range offering of its own as the first image of the GTX 1060 has appeared online today, ahead of a launch rumoured to happen as soon as next month.

The image shows off the GTX 1060 with a redesigned reference cooler, one that looks closer to the new Founder's Edition coolers but with more black accents and without the heatsink window. 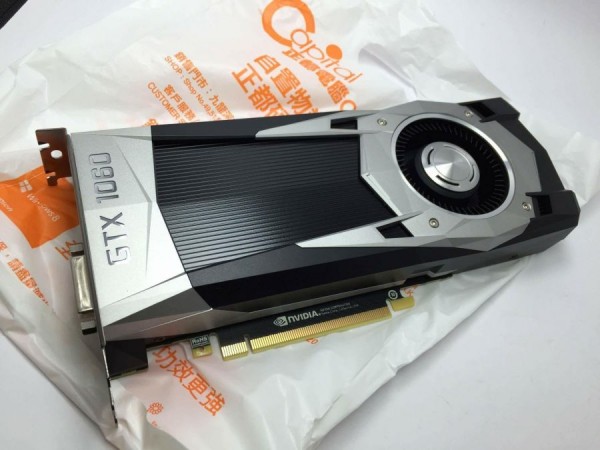 KitGuru Says: As always with unofficial information, take it with a pinch of salt. That said, it will be interesting to see how the GTX 1060 performs up against AMD's RX 480 when they both launch.